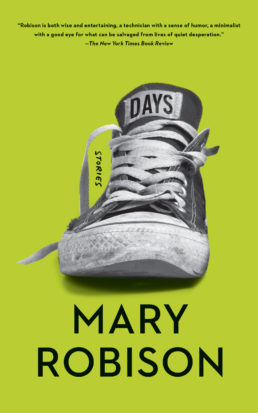 “Robison is both wise and entertaining, a technician with a sense of humor, a minimalist with a good eye for what can be salvaged from lives of quiet desperation.” —The New York Times Book Review

The population of Mary Robison’s fiction is the stunned citizenry of a world vaporized beneath them, people who say “all right” and “okay” often, not because they consent, but because nothing counts. Still, there are chronicles of small victories here, small only because, as Robison so precisely documents, larger victories are impossible. “There is an almost incredible purity of line and texture in these stories. Every phrase is lucid, every character comes alive, and every sentence suggested a calm, wise, heartbroken version of the world. Robison writes like an avenging angel, and I think she may be a genius.” –Richard Yates, author of Cold Spring Harbor
About Mary Robison