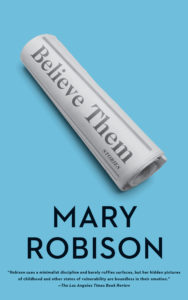 "Robison uses a minimalist discipline and barely ruffled surfaces, but her hidden pictures of childhood and other states of vulnerability are boundless in their emotion." —The Los Angeles Times Book Review

The eleven stories in Believe Them, most of which first appeared in The New Yorker, depict Mary Robison's sly, scatty world of plotters, absconders, ponderers, and pontificators. Robison's take on her characters is sharp, cool, astringently ironic, and her language vibrates with edginess and nerve. With what John Barth has called her ""enigmatic superrealism,"" Robison flashes entire lives by us in small, stunning moments—odd, skewed outtakes from real life. Believe Them confirms Mary Robison's place as one of America's most original writers. 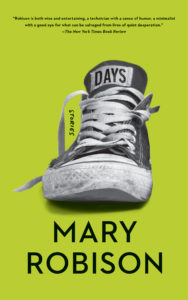 "Robison is both wise and entertaining, a technician with a sense of humor, a minimalist with a good eye for what can be salvaged from lives of quiet desperation." —The New York Times Book Review

The population of Mary Robison's fiction is the stunned citizenry of a world vaporized beneath them, people who say "all right" and "okay" often, not because they consent, but because nothing counts. Still, there are chronicles of small victories here, small only because, as Robison so precisely documents, larger victories are impossible.

"There is an almost incredible purity of line and texture in these stories. Every phrase is lucid, every character comes alive, and every sentence suggested a calm, wise, heartbroken version of the world. Robison writes like an avenging angel, and I think she may be a genius." —Richard Yates, author of Cold Spring Harbor 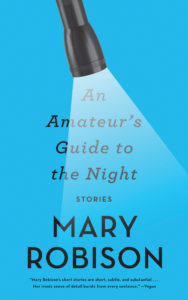 An Amateur’s Guide to the Night

"Mary Robison's short stories are short, subtle, and substantial . . . Her ironic sense of detail bursts from every sentence." —Vogue

An Amateur's Guide to the Night stands as a perfect example of Mary Robison's beloved narrative style: purposeful, clipped, and devastating in its restraint. Reflecting on the life of disaffected youth, these stories speculate on how they often manage to remain deferent towards the rest of society—and document how spectacularly they often fail.

"These thirteen stories are glimpses from a moving train into lit parlors, dinettes, bedrooms and dens . . . Think of Robison as the engineer, blowing the whistle, calling the stops and starts; invisible when you want to ask her why we're stalled here in the middle of nowhere, between stations, jobs, relationships and decisions." —Los Angeles Times 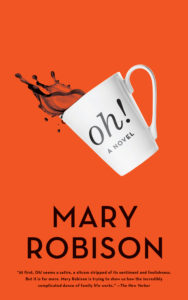 ""At first, Oh! seems a satire, a sitcom stripped of its sentiment and foolishness. But it is far more. Mary Robison is trying to show us how the the incredibly complicated dance of family life works."" —The New Yorker

Those who know Mary Robison's work will not be surprised that her first novel leaps from one prodigal moment to the next, for as Kenneth Burke has said of this startling writer, ""Robison outguesses the shrewdest reader—even several times on a single page.""

In Oh!, these marvels have their source in a summer's romp with a madcap Midwestern family flourishing under the eccentric protection of a father like no other. He is the wifeless Mr. Cleveland, now an enthusiast at gardening and insobriety since passing from active service as ruler of his soda–pop and miniature golf domain.

Cleveland's is the contented life of the man who knows who he is. The same might be said for his motherless children, Mo and Howdy, though they are scarcely children still. The loutish, loafing Mo is, in fact, a young single mother to little Violet.

Like the rest of the Clevelands, Violet is nobody's fool. For in all their seeming misadventures, the Clevelands are guided by the reliable intelligence of the heart. Beneath the pastel frames of their lives, the Clevelands have modeled a design for living with the unlucky nature of things, a way of being happy in the world. 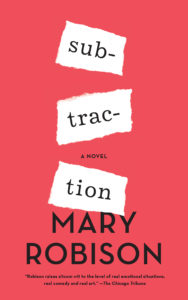 "Subraction stands out as a high–wire act of the novel form—taut in expression yet rich with humanity, expertly crafted and unfairly neglected." —The Millions

Paige Deveaux, poet and Harvard professor, is tracking her husband Raf, who has vanished once again. Paige trails him to Houston, where he is holed up in a seedy bar, drunk and cheerfully ashamed of himself. He’s very glad to see her: she’s the only girl for him (and he should know—he’s tried most of the others).

Finding Raf is one thing, but holding on to him is another. To sober him up, to keep him sober, to keep him, Paige enlists Raf’s old friend Raymond (himself an ex–alcoholic) and Raf’s new friend Pru, a holistically inclined contortionist–stripper. For a while life, and Raf, seem to settle down. But this foursome is nothing but trouble for one another. Pru is a hit–and–run artist, a sexual desperado who has already broken Raymond’s heart, and now Raymond is growing sweet on Paige. As Raf says, "Assorted wretchednesses ensue." 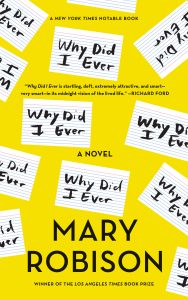 Three husbands have left her. I.R.S. agents are whamming on her door. And her beloved cat has gone missing. She's back and forth between Melanie, her secluded Southern town, and L.A., where she has a weakening grasp on her job as a script doctor. Having been sacked by most of the studios and convinced that her dealings with Hollywood have fractured her personality, Money Breton talks to herself nonstop. She glues and hammers and paints every item in her place. She forges loving inscriptions in all her books. Through it all, there is her darling puzzling daughter who lives close by but seems ever beyond reach, and her son, the damaged victim of a violent crime under police protection in New York. While both her children seem to be losing all their battles, Money tries for ways and reasons to keep battling. 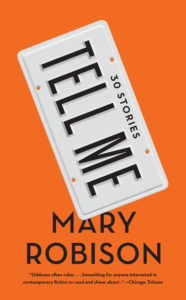 “Robison has a poet's eye for the unconscious surrealism of commercial America.” —The New York Times Book Review

Tell Me reflects the early brilliance as well as the fulfilled promise of Mary Robison's literary career. In these stories—most of which appeared in The New Yorker throughout the eighties—we enter her sly world of plotters, absconders, ponderers, and pontificators.

Robison's characters have chips on their shoulders; they talk back to us in language that is edgy and nervy; they say “all right” and “okay” often, not because they consent, but because nothing counts. Still, there are small victories here, small only because, as Robison precisely documents, larger victories are impossible. Here then, among others, is “Pretty Ice,” chosen by Richard Ford for The Granta Book of American Short Stories, “Coach,” chosen for Best American Short Stories, “I Get By,” an O. Henry Prize Stories selection, and “Happy Boy, Allen,” a Pushcart Prize Stories selection.

These stories—sharp, cool, and astringently funny—confirm Mary Robison's place as one of our most original writers and led Richard Yates to comment, “Robison writes like an avenging angel, and I think she may be a genius.”

“Mary Robison's short stories are short, subtle, and substantial... her ironic sense of detail bursts from every sentence.” —Vogue 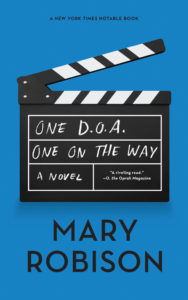 "Robison's minimalism is more like a slap in the face: it's short, it stings, and you wonder who in tarnation did that to you." —The New York Times

Enter Eve. Based in New Orleans, she's a location scout for a movie production company and complacently married to Adam. ""Now you know,"" she says. ""Our names really didn't bother me that much until the mail started arriving addressed to 'Adam and Eve Broussard.'"" He's just been diagnosed with a grave illness and gone back to the palatial family home where his parents reside. It's all just fine with Eve—or so she tells herself at the beginning.

But standing left of center in this still–prosperous but mortally wounded family does not get easier as the weeks wear on. As she negotiates her way around the anger of Adam's despised twin brother Saunders, maintains her friendship with his beautiful and volatile wife Petal, and protects what's left of the innocence of her niece Collie, Eve finds more than the Louisiana heat oppressive.