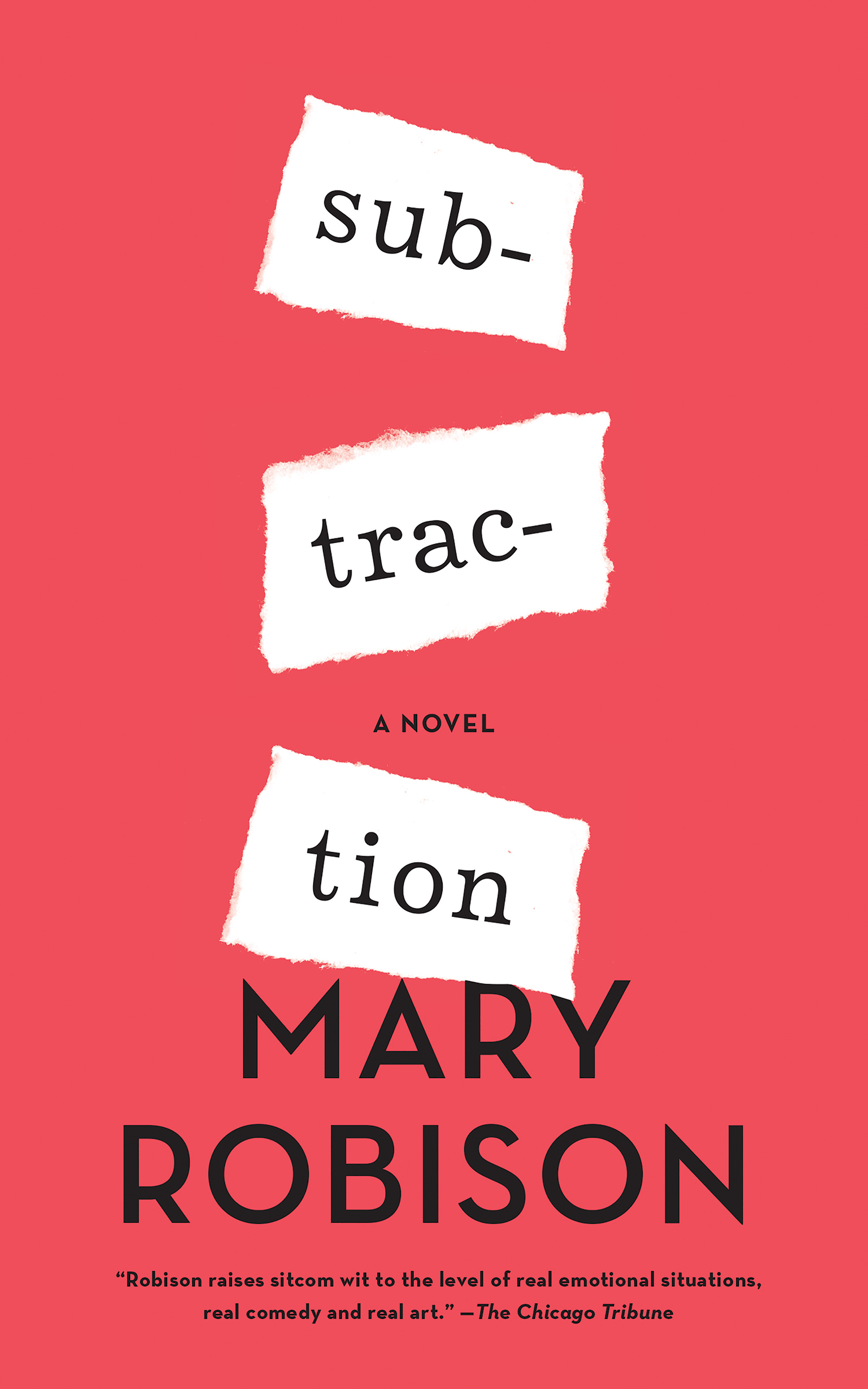 “Subraction stands out as a high–wire act of the novel form—taut in expression yet rich with humanity, expertly crafted and unfairly neglected.” —The Millions

Paige Deveaux, poet and Harvard professor, is tracking her husband Raf, who has vanished once again. Paige trails him to Houston, where he is holed up in a seedy bar, drunk and cheerfully ashamed of himself. He’s very glad to see her: she’s the only girl for him (and he should know—he’s tried most of the others).

Finding Raf is one thing, but holding on to him is another. To sober him up, to keep him sober, to keep him, Paige enlists Raf’s old friend Raymond (himself an ex–alcoholic) and Raf’s new friend Pru, a holistically inclined contortionist–stripper. For a while life, and Raf, seem to settle down. But this foursome is nothing but trouble for one another. Pru is a hit–and–run artist, a sexual desperado who has already broken Raymond’s heart, and now Raymond is growing sweet on Paige. As Raf says, “Assorted wretchednesses ensue.”

“In Subtraction Mary Robison creates a poignant, forceful tale of lovers in limbo. Her writing is rich with detail, lean with implication. When the tedium, the drudgery, the ephemera are sifted out, we're left with the intense. Each word pulls its weight. Nothing is wasted.” —The Millions

“Robison delivers a sparkling valentine about a Harvard poetess and her great love for a drunken Dean Moriarty type, at his best when he's on the road . . . A funny, beautifully written novel, dry and bubbly as good champagne.” —Kirkus Reviews

“There isn't a writer working today who sees the world, or hears it, or inhabits it more fearlessly than Mary Robison. Reading Subtraction is falling in love with her—her voice, her verbs, the peculiar squinted view she has. This is the book we all wanted to write. It's as smart as snakes. It's a work of generosity and genius, of perfect timing and pitch, of immense sadness, and singular, driving hope. I can scarcely imagine anyone writing a novel half as stunning anytime soon.” —Frederick Barthelme, author of There Must Be Some Mistake
Don't miss news & events from Counterpoint Press.
Subscribe to the newsletter today.