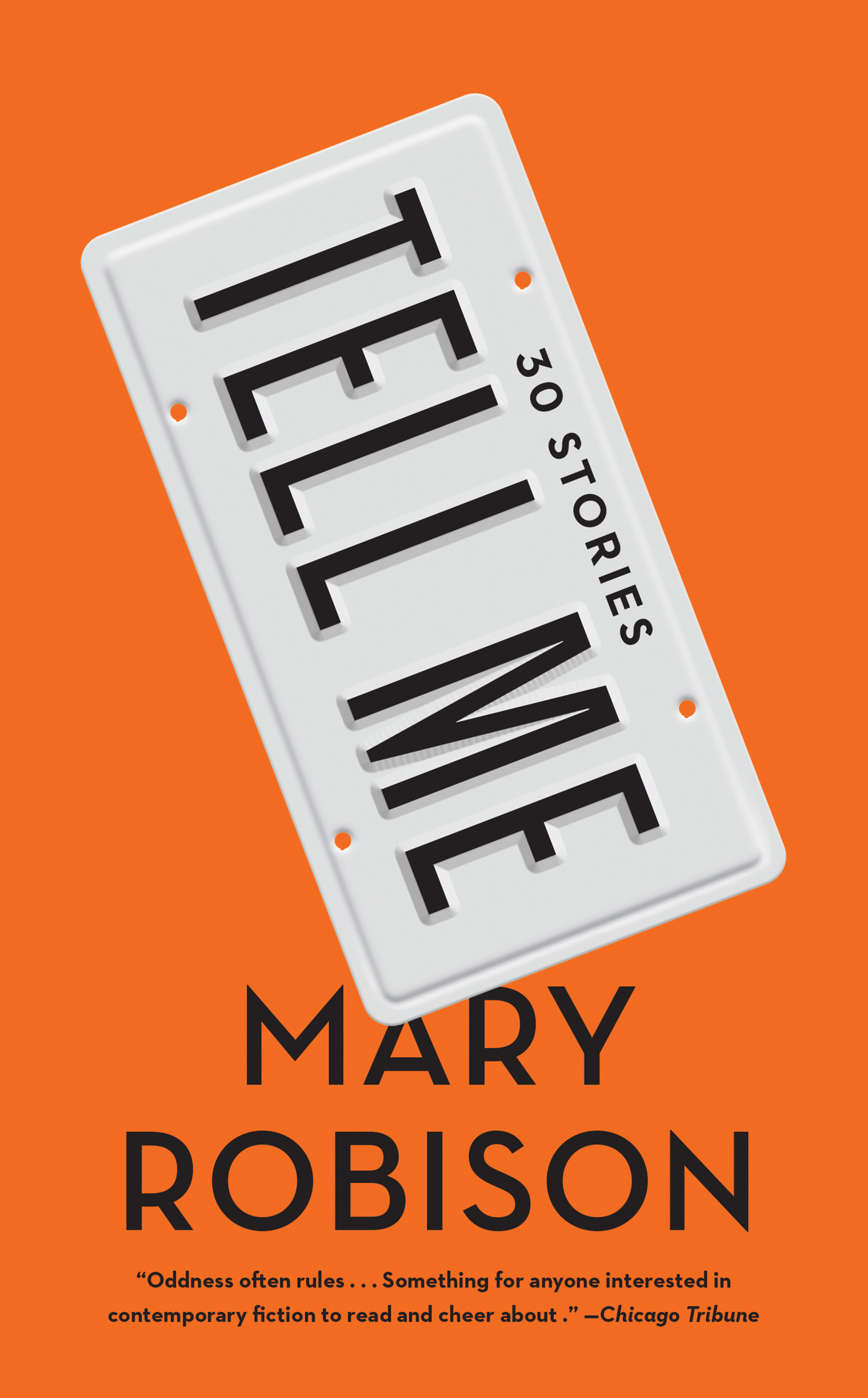 “Robison has a poet’s eye for the unconscious surrealism of commercial America.” —The New York Times Book Review

Tell Me reflects the early brilliance as well as the fulfilled promise of Mary Robison’s literary career. In these stories—most of which appeared in The New Yorker throughout the eighties—we enter her sly world of plotters, absconders, ponderers, and pontificators.

Robison’s characters have chips on their shoulders; they talk back to us in language that is edgy and nervy; they say “all right” and “okay” often, not because they consent, but because nothing counts. Still, there are small victories here, small only because, as Robison precisely documents, larger victories are impossible. Here then, among others, is “Pretty Ice,” chosen by Richard Ford for The Granta Book of American Short Stories, “Coach,” chosen for Best American Short Stories, “I Get By,” an O. Henry Prize Stories selection, and “Happy Boy, Allen,” a Pushcart Prize Stories selection.

These stories—sharp, cool, and astringently funny—confirm Mary Robison’s place as one of our most original writers and led Richard Yates to comment, “Robison writes like an avenging angel, and I think she may be a genius.”

“Mary Robison’s short stories are short, subtle, and substantial… her ironic sense of detail bursts from every sentence.” —Vogue

Praise for Tell Me: Thirty Stories

“Robison's talent for observation makes for microscopic wonders of details: the menu items at a cheap diner in Providence, R.I.; the furnishings of a Laundromat, and the text of gift–wrap stickers ('Grin and Ignore It,' 'Things Are Getting Worse—Send Chocolate!'), in small–town Ohio.” —Chicago Tribune

“Thirty precision–built short stories old and new by a writer who extracts a maximum of meaning and feeling from a minimum of words make for a thrilling collection. Robison's stories... come at the reader from oblique angles, skittering like a leaf in the wind until, suddenly, everything begins to make quirky but gratifying sense. A deft conjurer of place, Robison is most intrigued with the telegraphic dialogue with which annoyed but loving family members communicate with each other and with the oddball configurations the concept of family can yield. Like Ann Beattie, Robison neatly exposes the pathos beneath the placid veneer of middle–class life, the seeds of chaos in seemingly orderly existences, and finds sweet humor and bemused hope in our stubborn quest for security, even happiness.” —Donna Seaman, Booklist

“Mary Robison's stories are infused with a quiet menace. The trick of her writing is the way she uses the reader's own expectations to create that sense of unease. Her stories—published over the years in The New Yorker and now collected in Tell Me—are made of handfuls of moments, put together without benefit of the usual revelatory short story structure... Robison is the rare minimalist whose bare–bones fiction is actually a pleasure to read.” —Claire Dederer, author of Poser: My Life in Twenty–Three Yoga Poses
Don't miss news & events from Counterpoint Press.
Subscribe to the newsletter today.