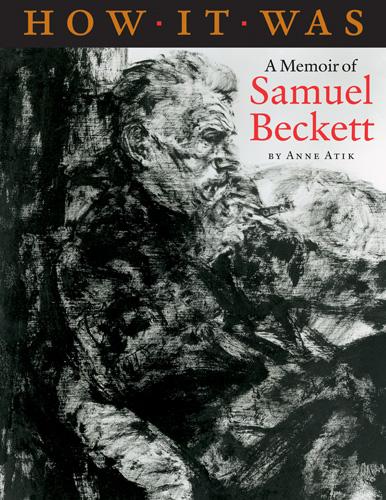 A Memoir of Samuel Beckett

2006 marks the 100th anniversary of Samuel Beckett’s birth. To most, he was a brilliant artist who shied away from celebrity and photographers, but to the distinguished painter Avigdor Arikha and his wife, author Anne Atik, Beckett was the close friend with whom they shared countless drinks, meals, and rich conversations. As intimates and artists, they interacted with him several times a week for over four decades. In 1970, Atik began jotting down notes on her relationship with Beckett. “After fifteen years of memorable conversations with Beckett,” she writes, “I realized that I could not depend on my memory. The unforgettable was becoming the irretrievable.” The three could just as easily discuss their personal lives as ponder the state of art. This book documents not only Beckett’s passions, but is filled with drawings by Arikha, snapshots, and letters. There are also drafts in Beckett’s own handwriting that would eventually become part of his formidable canon, covering the breadth of his knowledge of literature by detailing his opinions and influences. An intimate collage, How It Was offers a unique insider’s portrait and gives the reader a chance to sit down with one of the great literary masters of the twentieth century.