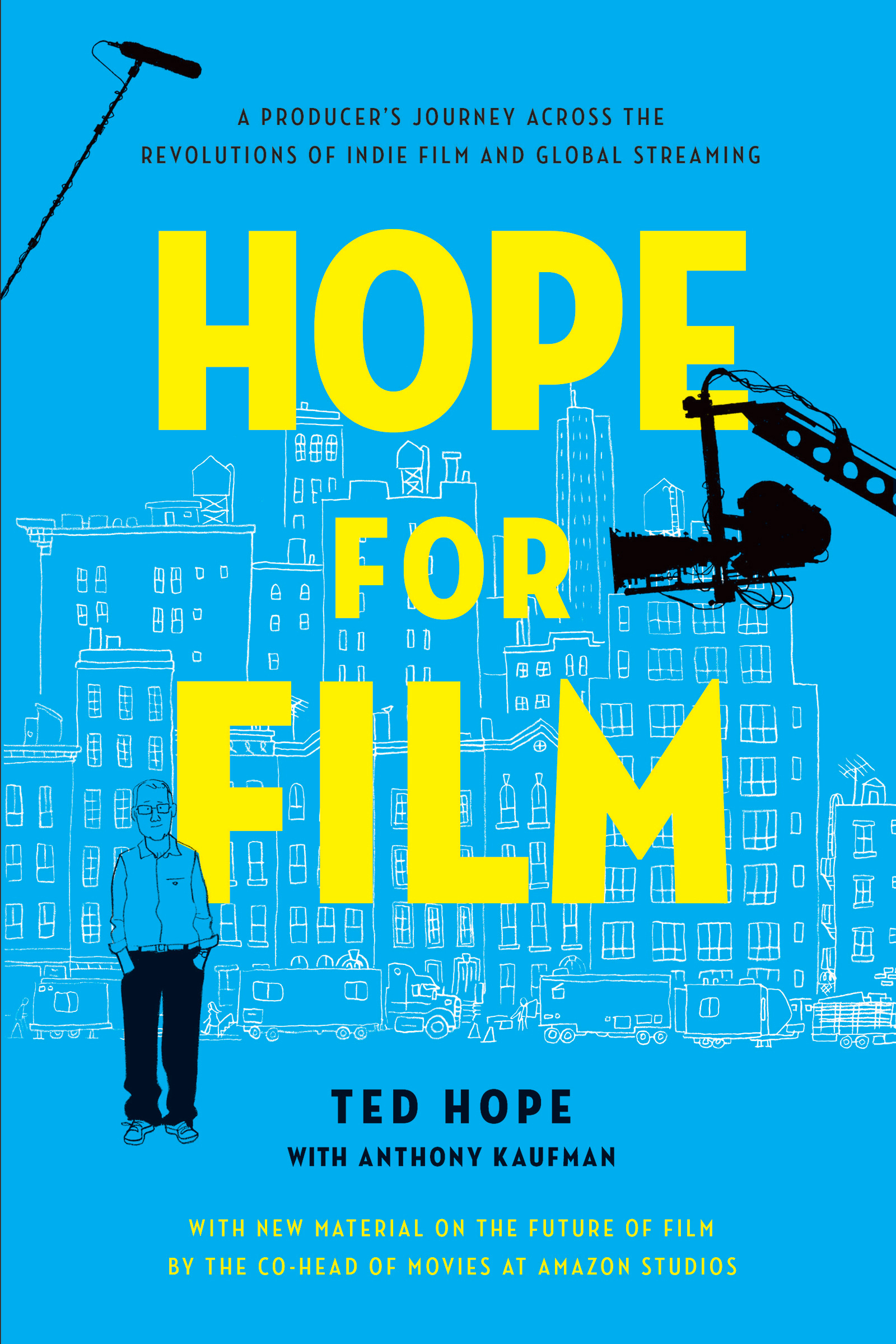 Whether navigating negotiations with studio executives over final cuts or clashing with high-powered CAA agents over their clients, Hope offers behind-the-scenes stories from the wild and often heated world of “specialized” cinema–where art and commerce collide. As mediator between these two opposing interests, Hope offers his unique perspective on how to make movies while keeping your integrity intact and how to create a sustainable business enterprise out of that art while staying true to yourself. Against a backdrop of seismic changes in the independent film industry, from corporate co-option to the rise of social media and the streaming giants, Hope for Film provides not only an entertaining and intimate ride through the business of arthouse movies over the last decades, but also hope for its future.

Ted Hope launched Amazon’s foray into feature film production in January 2015. For the next five and a half years, he oversaw Amazon Studios’ prestige team and the prestige movies produced, developed, and acquired by the company. Prior to joining Amazon, Hope produced over seventy films, as well as co-founding several production companies. His films have received numerous Academy Award nominations, and three have won the Sundance Grand Jury Prize.

"Filled with tidbits of earned wisdom and stories from the proverbial trenches." —SF Weekly

"For anyone who is a producer, dreams of being a producer, or just wants to understand how the movie world really works, this book is a must-read . . . Hope for Film is written in an admirably honest, conversational voice." —Cultural Weekly

"One of the things I like about Hope's assessment is the way he looks at . . . the larger ecology, in this case, the sustenance provided by journalistic criticism." —Culture Crash

"Hope for Film: From the Frontline of the Independent Cinema Revolutions by Ted Hope is required reading for anyone that aspires to enter the world of filmmaking." —Flicksided
Don't miss news & events from Counterpoint Press.
Subscribe to the newsletter today.