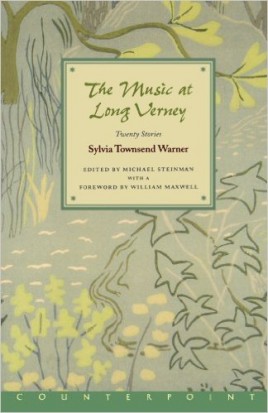 The Music at Long Verney

Of the previous century’s many great storytellers, Sylvia Townsend Warner was the supreme enchantress. The Music at Long Verney collects twenty of her best short stories, most of them from the great years at The New Yorker. They span a full half-century, from 1929 to 1977, and are crowded with irrepressible, living characters and even more animated objects and incidents. There are stories of romantic love and the mysteries of marriage; of artists who speak the truth even as they distort reality; of gardens and houses and very fine things and of those who fancy themselves their owners. The centerpiece of the collection is a series of five linked stories about an eccentric establishment, the Abbey Antiques Gallery, and its singular proprietor, the urbane Mr. Edom. Some of these stories are hilarious, others hauntingly lyrical, but all are incomparably witty and original-in short, they’re vintage Warner. On every page, writes John Updike, there is something to be seen or smelled or felt… Beneath her refined witchery lies a strange freshness one can only call, in praise, primitive.