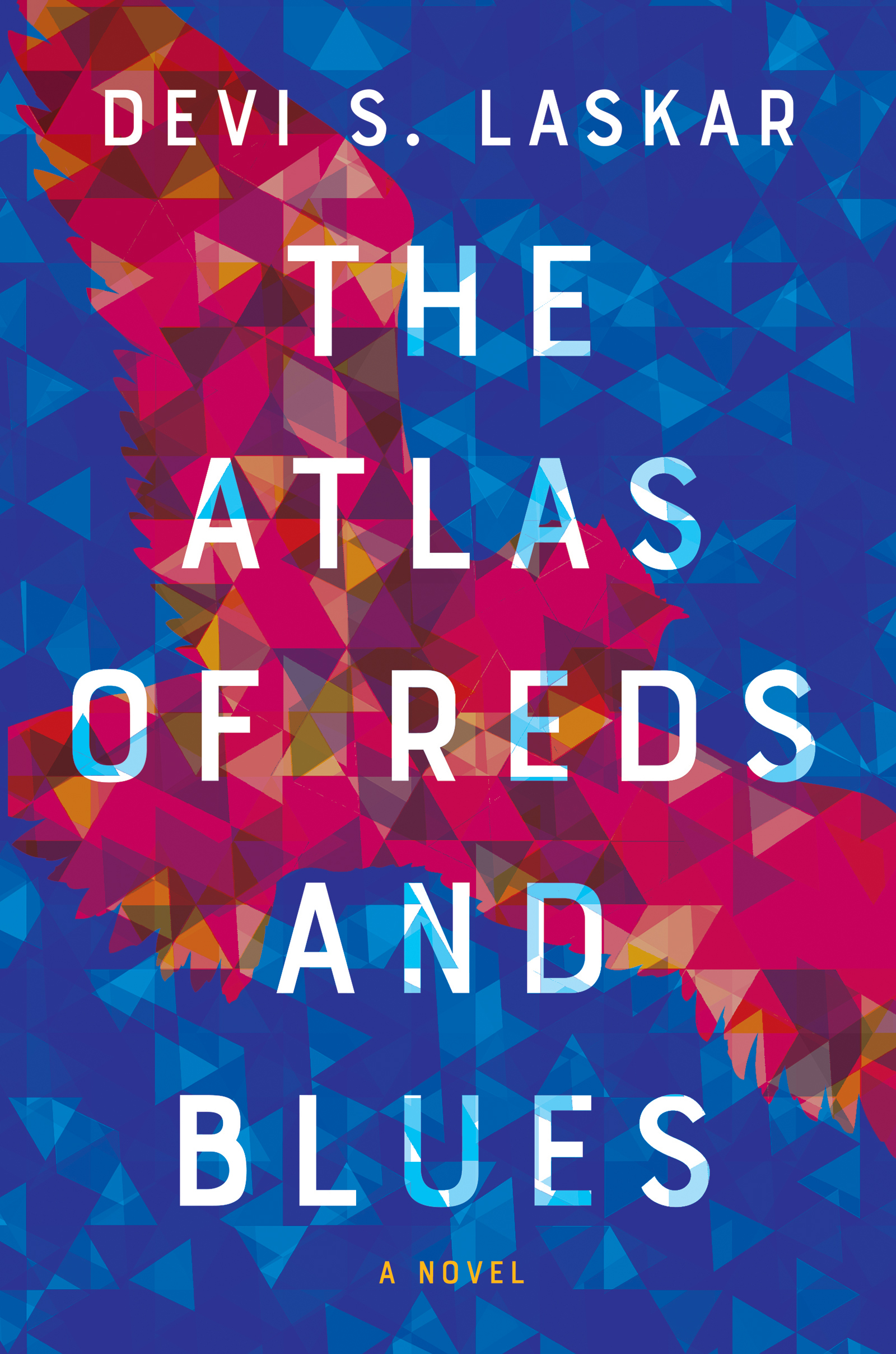 The Atlas of Reds and Blues

This Washington Post “Best Book of the Year” grapples with the complexities of the second–generation American experience, what it means to be a woman of color in the workplace, and a sister, a wife, and a mother to daughters in today’s America.

When a woman—known only as Mother—moves her family from Atlanta to its wealthy suburbs, she discovers that neither the times nor the people have changed since her childhood in a small Southern town. Despite the intervening decades, Mother is met with the same questions: Where are you from? No, where are you really from? The American–born daughter of Bengali immigrants, she finds that her answer―Here―is never enough.

Mother’s simmering anger breaks through one morning, when, during a violent and unfounded police raid on her home, she finally refuses to be complacent. As she lies bleeding from a gunshot wound, her thoughts race from childhood games with her sister and visits to cousins in India, to her time in the newsroom before having her three daughters, to the early days of her relationship with a husband who now spends more time flying business class than at home.

Drawing inspiration from the author’s own terrifying experience of a raid on her home, Devi S. Laskar’s debut novel explores, in exquisite, lyrical prose, an alternate reality that might have been.

“The entire novel takes place over the course of a single morning. . . and the effect is devastatingly potent.” —Marie Claire

“Devi S. Laskar’s The Atlas of Reds and Blues is as narratively beautiful as it is brutal . . . I’ve never read a novel that does nearly as much in so few pages.” —Kiese Laymon, author of Heavy

Devi S. Laskar is a native of Chapel Hill, North Carolina, and holds an MFA from Columbia University. The Atlas of Reds and Blues—winner of the 2020 Crook's Corner Book Prize—is her first novel. She lives in the San Francisco Bay Area. Find out more at devilaskar.com.

Winner of the Asian/Pacific American Award for Literature
Winner of the 2020 Crook's Corner Book Prize
Long-listed for the DSC Prize for South Asian Literature
The Washington Post, 1 of 50 Notable Works of Fiction This Year

“The Atlas of Reds and Blues is a quick read, in part, because of these short sections, some only two sentences long. But it’s a page-turner, too, because of the urgency of each small story, each revelatory memory . . . If The Atlas of Reds and Blues and the lyric, thematic and structural care the author has lent it are an experiment, then it is certainly a successful one.” —Ilana Masad, The Washington Post

“[A] devastating, poetic debut about racism in Trump’s America . . . A powerfully written novel . . . Laskar never seems to polemicise; instead she gravely turns traumatic memories into fragments of poetry, floating in the ether, fighting for survival.” —Nikesh Shukla, The Guardian

“A novel of identity . . . One of the beauties of this accomplished first novel is its simple and delicate structure.” —Meg Waite Clayton, San Francisco Chronicle

“The entire novel takes place over the course of a single morning . . . and the effect is devastatingly potent.” —Marie Claire, The Best Women's Fiction of the Year

“Laskar’s use of vignettes to comment on weighty topics like racism and sexism recalls Sandra Cisneros's The House on Mango Street . . . Like Cisneros, Laskar varies the tone of her vignettes; some are sad or angry while others are humorous, and their power is collective.” —Anita Felicelli, Bustle

“Laskar has written a searing and powerful novel about the second-generation immigrant experience, making clear the ways in which America terrorizes its own people. It’s a violent look at a violent place, and you’ll feel forever changed for having read it.” —Kristin Iversen, NYLON, 1 of 50 Books You'll Want to Read This Year

“Laskar shows how women, and particularly women of color, not only have to manage motherhood, marriage, and ambition, but also must fight for respect on top of it all.” —Meredith Boe, Chicago Review of Books

“It takes place in a morning; it covers a lifetime. Short, vivid chapters, like puzzle pieces, deliver the thoughts of a woman sprawled on the pavement, bleeding . . . Not only does Laskar bring her honed skills as a poet and journalist to her pulse-racing first novel about otherness and prejudice, she also draws on her own experience of a shocking raid on her home. Laskar’s bravura drama of one woman pushed to the brink by racism is at once sharply relevant and tragically timeless.” —Booklist (starred review)

“Devi S. Laskar's The Atlas of Reds and Blues is as narratively beautiful as it is brutal . . . I've never read a novel that does nearly as much in so few pages.” —Kiese Laymon, author of Heavy
Don't miss news & events from Counterpoint Press.
Subscribe to the newsletter today.