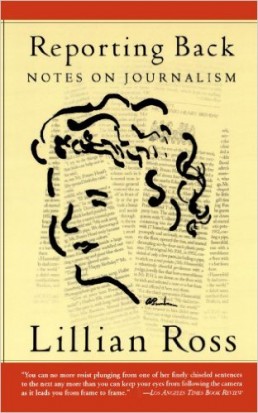 For nearly 50 years, Lillian Ross has been writing remarkable literary journalism for The New Yorker. Her unerring Talk pieces and her incisive profiles have won her a legion of admirers. Many credit The New Yorker for inspiring the refinement of literary journalism, and Ross was an integral part of that effort. Her books Picture and Portrait of Hemingway were recently listed as two of the 20th century’s 100 best works of journalism, and Hemingway himself called Picture much better than most novels.