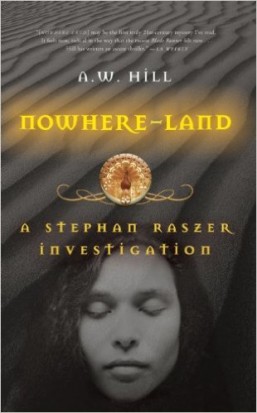 After a young member of the Jehovah’s Witness Church is abducted in conjunction with a ritualistic triple homicide in the mountains outside of Los Angeles, the church engages cult specialist Stephan Raszer to find her perilous trail. Based on evidence that the girl may have been trafficked into a sex and terrorism ring with a Middle Eastern nexus, Raszer soon unveils an inside–out reality that begins on the Internet and ends in a fabled fortress on the borderlands of Turkey, Iran, and Iraq, where a powerful figure known only as the Old Man is said to hold the strings.

With the dubious aid of the abductee’s wayward sister, along with a renegade CIA agent and a fraternity of sojourning gamesters, Raszer journeys far from the rational world and deep into a dangerous and erotically charged netherland. Piece by piece, he gathers evidence of a world–altering criminal conspiracy linked to an ancient Persian sect that uses an Internet role–playing game to recruit its foot soldiers. To solve the puzzle and find the girl, Stephan Raszer must play the game and try to hold on to his soul and his sanity in a world turned on its head.

About A W Hill

A. W. Hill's first Stephan Raszer novel, Enoch's Portal, won a 2002 Independent Publisher's Association award, and has been optioned by Paramount Studios for motion picture development. He has written two screenplays and authored feature stories on esoteric religion and physics for L.A. Weekly. His short fiction has been featured in Susie Bright's Best American Erotica 2004 and selected for the Eros & Thanatos issue of the Absinthe Literary Review. He is currently director of the MFA program in music composition for the screen at Columbia College, Chicago, and supervises music for films and television.

Praise
"Nowhere–Land is a tense, odd thriller due to the New Age elements. Stephen is a fabulous hero as he follows clues that lead to a tri–focus where occult power is strong." —Mystery Gazette

"A.W. Hill manages to stake the plot of the soul on top of the plot of the story, making for a page–turner that tries not to be too much more but can't quite help it—guilty and spiritual pleasure dancing on the head of a pin." —Alan Rifkin