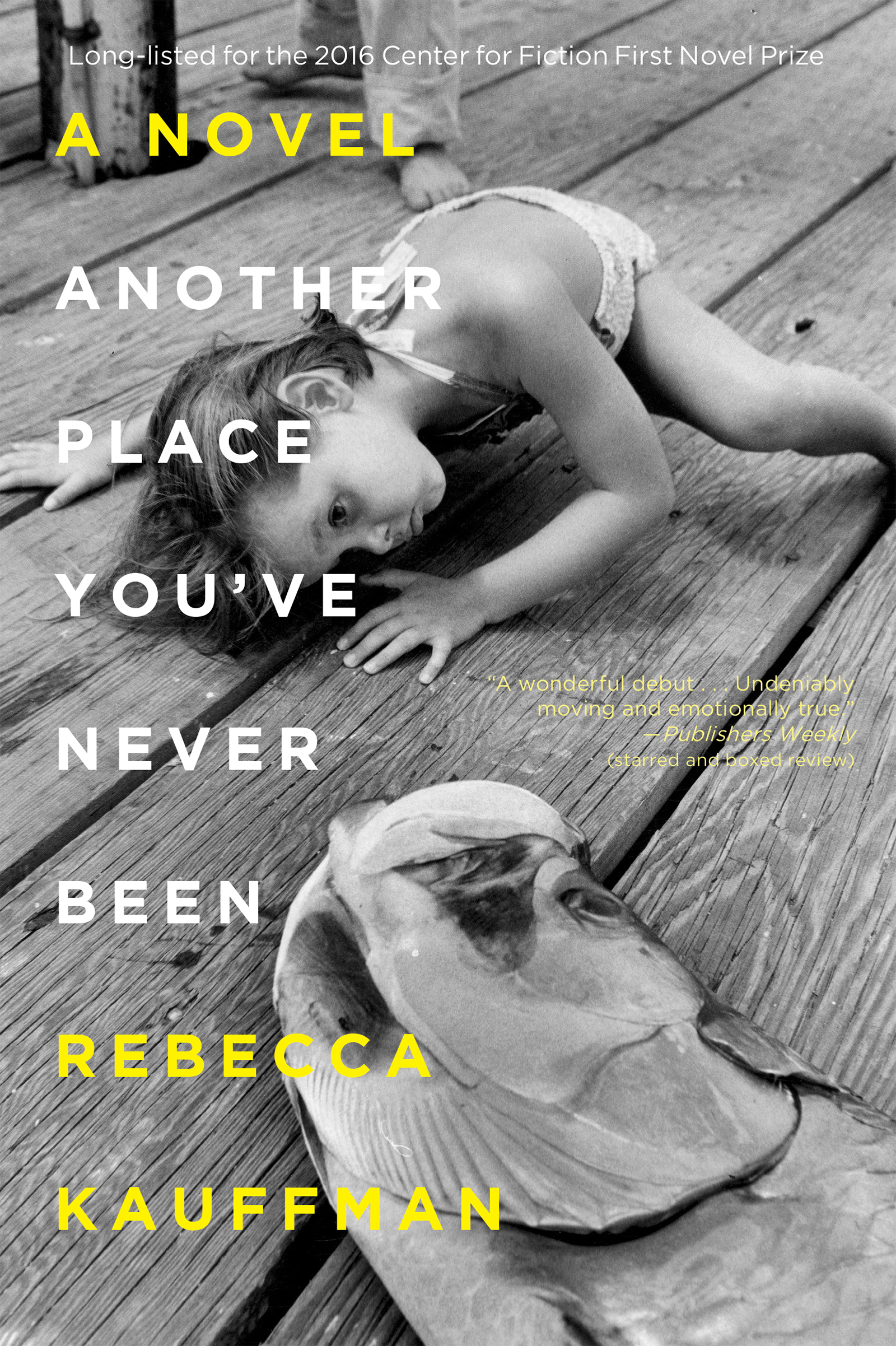 This “undeniably moving and emotionally true” debut novel offers the emotional complexity and narrative scope of A Visit from the Goon Squad and resonates with the strong mystical nature of Swamplandia (Publishers Weekly, starred review).

At its core, Another Place You’ve Never Been is a broad investigation of such bold ideas as the possibility that any person, at any time, in any place, could find themselves shivering in the presence of great and ancient forces; and the notion that love is perhaps “far less voluntary” than we might believe it to be.

Rebecca Kauffman is originally from rural northeastern Ohio. She received her B.A. in Classical Violin Performance from the Manhattan School of Music, and several years later, she received her M.F.A. in Creative Writing from New York University. She currently lives in the Shenandoah Valley of Virginia.

Praise for Another Place You've Never Been

Long–listed for the 2016 Center for Fiction First Novel Prize

"Fans of the vignette style of Richard Linklater’s Boyhood might enjoy Rebecca Kauffman’s take on the roman à clef. It’s an inventive debut that’s already been compared to Jennifer Egan’s A Visit from the Goon Squad and from an indie press, to boot!" —Huffington Post

"[A] wonderful debut . . . Watching how these characters intersect is incredibly satisfying. In clear and vivid prose, Kauffman potently depicts lonely and isolated lives, marked by rash decisions made in the hope of finding connection. By the end of the novel, the pieces of the puzzle that is Tracy’s life fit together, her disappointments as much a part of her as her small victories, resulting in an undeniably moving and emotionally true portrayal of the kitchen sink of human experience." —Publishers Weekly (starred and boxed review)

"Kauffman’s immediately involving novel–in–stories, delivered in crisp language and with a strong sense of the characters surrounding her . . . is an accomplished debut—at times emotionally gritty but always emotionally true." —Library Journal (starred review)

"Kauffman's compassion for her lonely characters is evident." —Kirkus Reviews

"Through the eyes of the characters in these stories—many tragic but making the best of what they have—we glimpse Kauffman’s deep and abiding empathy."—Read it Forward, Favorite Read for October

"Kauffman’s prose is spare and vivid. She knows just the right details to bring a place or a person to life. It’s fun to anticipate the connections among characters from story to story, and to watch Tracy realize how the relationship with her father has colored her choices . . . Another Place You’ve Never Been is a moving, elegantly constructed tribute to human frailty and loss, and to our stubborn insistence on striving for human connection despite a slew of obstacles. In the character of Tracy, Kauffman has given us a fascinating portrait of a modern, tragic heroine, and a lens into our own darkest, most hopeful places." —Fiction Advocate

"Another Place You've Never Been is a gorgeous, witty novel that reminded me of Olive Kitteridge . . . if Olive had been a down–on–her–luck waitress dreaming of love in upstate New York. I loved this kindhearted, beautiful book.”—Amanda Eyre Ward, author of The Same Sky and How to Be Lost

“In this mesmerizing novel, composed of short, powerful, interlocking stories, Rebecca Kauffman gives us a wide cast of characters struggling to find happiness, and maybe even transcendence, in a harsh landscape. At the center of it all is Tracy, a woman fighting against the odds, one of the most complex and memorable figures to appear in recent American fiction. Clear–eyed, witty, and dazzlingly inventive, this is a novel that disturbs and delights. An extraordinary debut.”—Brian Morton, author of Starting Out in the Evening and Florence Gordon
Don't miss news & events from Counterpoint Press.
Subscribe to the newsletter today.