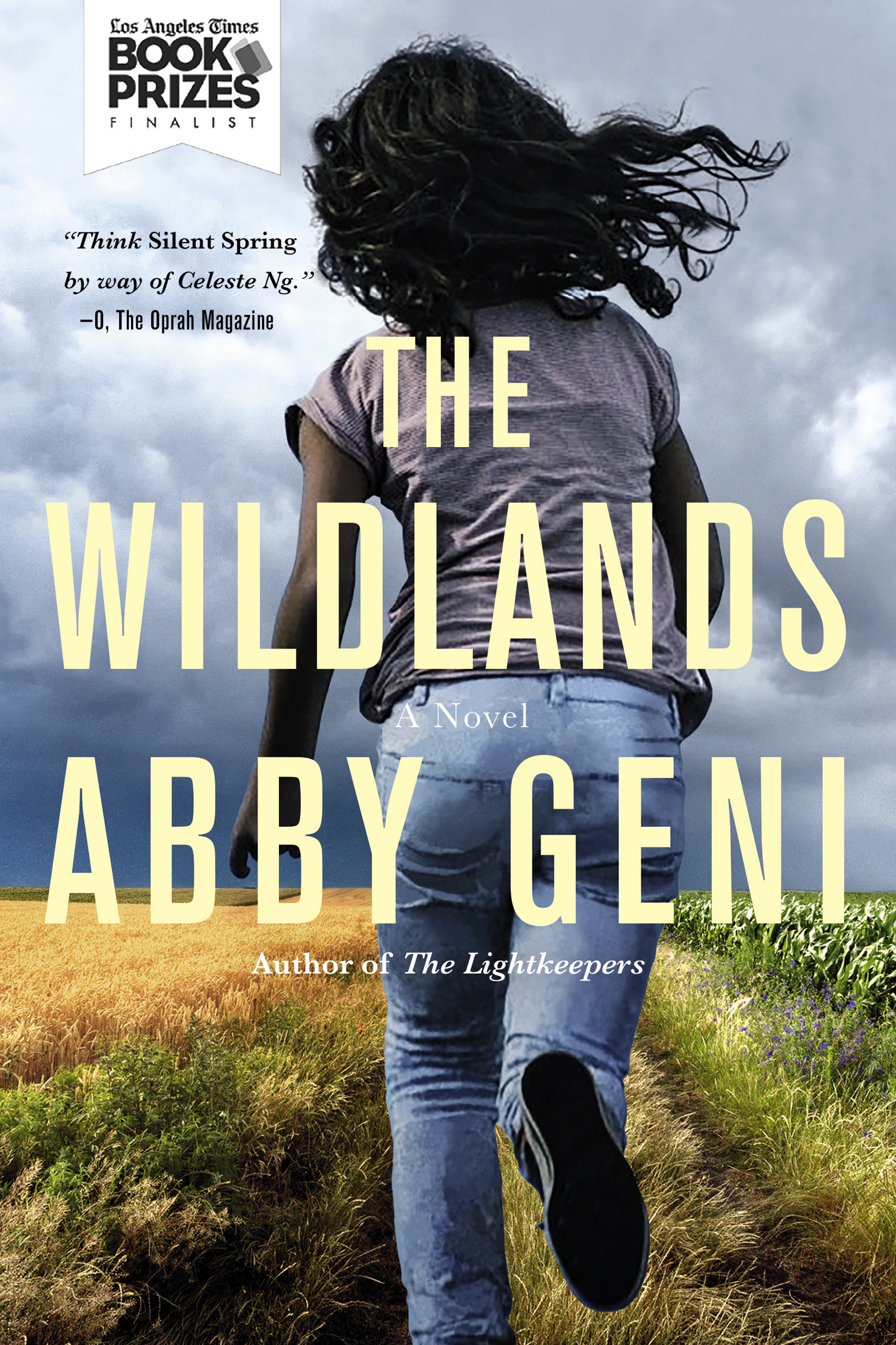 Named one of BuzzFeed‘s Best Fiction of 2018

“Geni’s character–driven environmental thriller—think Silent Spring by way of Celeste Ng—centers on the survivors of a tornado that destroys an Oklahoma farm and kills the family’s father.” —O, The Oprah Magazine

Praise for The Wildlands

“Tantalizing . . . Geni brilliantly captures the magnetism of a fanatic whose diagnosis of society’s ills is spot–on but whose conclusions are deranged.” —The Washington Post

“Geni's character–driven environmental thriller—think Silent Spring by way of Celeste Ng—centers on the survivors of a tornado that destroys an Oklahoma farm and kills the family's father.” —O, The Oprah Magazine

“Unforgiving landscapes, untamed nature and animal instincts remain propulsive themes for Chicago–based author Abby Geni. In her latest literary thriller, The Wildlands, she tells the harrowing story of the McClouds, an Oklahoma family that loses everything in a Category 5 tornado, after which two of the orphaned siblings go rogue and commit acts of violence.” —Chicago Tribune

“[An] impressive second novel . . . Geni’s genius is that she makes us empathise with every member of this troubled family, and also with the animals Tucker yearns to protect.” —Jane Ciabattari, BBC Culture

“Every scene of this cleverly plotted novel is drawn with complex prose, rich detail, and an authorial voice that wisely observes the human animal. Abby Geni is my new favorite writer.” —Bonnie Jo Campbell, author of Mothers, Tell Your Daughters
Don't miss news & events from Counterpoint Press.
Subscribe to the newsletter today.