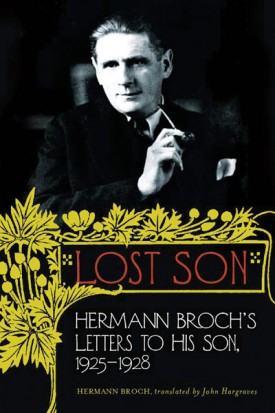 By any measure, Hermann Broch was one of the greatest writers of the twentieth century. Author of The Sleepwalkers and The Spell, he stands, together with James Joyce and Marcel Proust, at the pinnacle of literary Modernism. Born in 1886, he saw the First World War destroy the culture and consciousness of what had come before, seeing the West thrust unwillingly into the modern age. By 1938 Broch found himself arrested and detained, during which time be began work on his greatest novel, The Death of Virgil. Dozens of friends from all over the world managed to help him find his release and he moved to the United States where he lived for the rest of his life.

With his wife Franziska, Broch had only a single child, Armand. While Broch had become preoccupied with deep questions of philosophy, psychology, and politics, his son became a thoroughgoing materialist. Sent away to an elite boarding school when 14, Armand found himself surrounded by students from the richest families in Europe. He became devoted to sports, to fast luxury cars (his father did not even know how to drive), and to the first class lifestyle of his classmates. These letters show the profound breach that developed between father and son. They also provide a portrait of the Gilded Age, a time of remarkable change, as Europe headed on a course of horrible inevitability. Letters from Broch during this time are uncommon, so we also get a chance to follow the trajectory of his life as he prepares to leave his job as an industrialist and devote himself to study and to writing.

Hermann Broch was born in Vienna to a prosperous Jewish family in 1886. At the age of 41 he sold his family business and devoted himself to the study of philosophy and mathematics and began a career as a writer. Having escaped from Germany just before the outbreak of the Second World War, he lived most of the rest of his life in the United States. He died in New Haven in 1951.