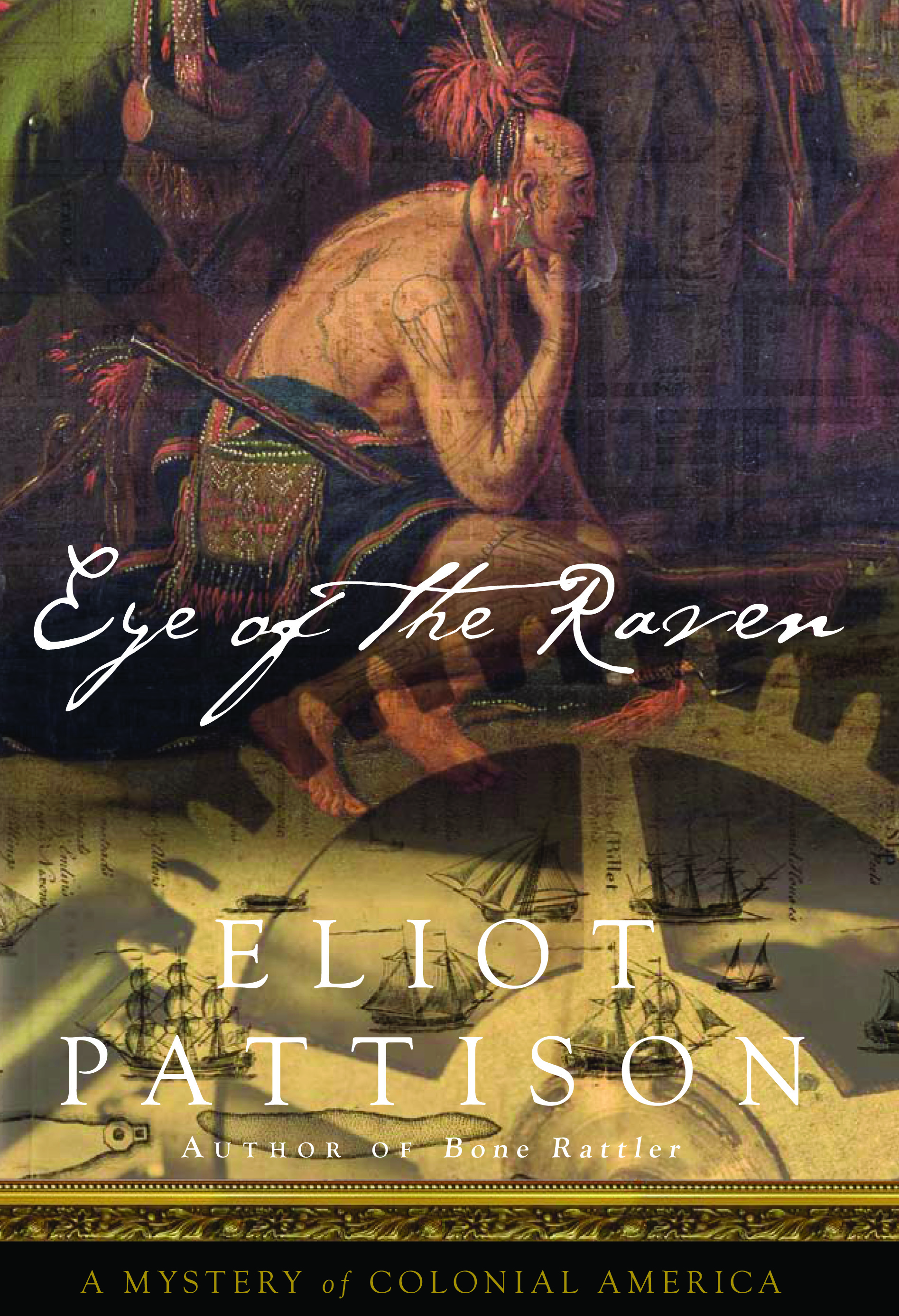 Eye of the Raven

With the aid of the Native American Shaman Conawago, Duncan McCallum has begun to heal from the massacre of his Highland clan by the British. But his new life is shattered when he and Conawago discover a dying Virginian officer nailed to an Indian shrine tree. To their horror, the authorities arrest Conawago and schedule his hanging. As Duncan begins a desperate search for the truth, he finds himself in a maelstrom of deception and violence.

The year is 1760, and while the British army wishes to dismiss the killing as another casualty of its war with France, Duncan discovers a pattern of ritualistic murders related to provincial treaty negotiations and struggles between tribal factions. Ultimately he realizes that to find justice, he must brave the sprawling colonial capital of Philadelphia. There the answers are to be found in a tangle of Quakers, Christian Indians, and a scientist obsessed with the electrical experiments of the celebrated Dr. Franklin. With the tragic resolution in sight, Duncan understands the real mysteries underlying his quest lie in the hearts of natives who, like his Highland Scots, have glimpsed the end of their world approaching.

“The pleasures of Eliot Pattison’s books, and Eye of the Raven is another smashing example, are threefold: high adventure in perilous landscapes, a hero stubbornly seeking the truth, and the haunting mysteries of ancient cultures.” —Otto Penzler, editor of The Big Book of Female Detectives

"Dark, complex and compelling in mystery, historical, and spiritual considerations, the reader wonders along with Duncan whether the New World will see oppression extended or explode in a new burst of freedom." —Historical Novels Review


Praise for The Inspector Shan series

"A thriller of laudable aspirations and achievements." —The Chicago Tribune

"A rich and multilayered story that mirrors the complexity of the surrounding land, where few things really are as they seem." —San Francisco Chronicle

"Pattison has taken a plot of an old–fashioned thriller and turned it into a glimpse into a culture . . . Thrilling and riveting." —Denver Post
Don't miss news & events from Counterpoint Press.
Subscribe to the newsletter today.