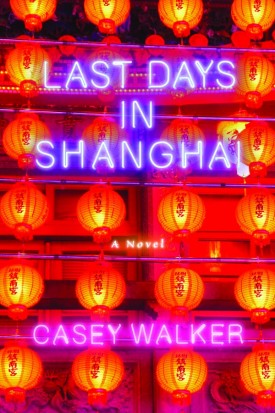 Luke Slade, a young Congressional aide, begins this business trip to China like all other international travel he’s endured with “Leo the Lyin'”: buried under a slew of diplomatic runarounds, non–functioning cell phones, and humiliation from the Congressman at every turn. But on their first night in Beijing, their trip is plunged into a deeper chaos: Leo goes on a drunken bender and disappears into the night. Unsure what dubious business his boss had planned, Luke must piece together the Congressman’s lies while maintaining appearances with their Chinese contacts.

Amidst the confusion, a little bleary from jet lag and alcohol, Luke receives a briefcase full of money from the mayor of a provincial Chinese city. Luke accepts the “gift,” but when he later reconsiders and wants to return the cash, he discovers even more anxiety–inducing news. There’s been a mysterious death, and he appears to be under surveillance by Chinese police.

As Luke tries to navigate a complex minefield of corruption, he must also confront his own role in the events. Unwitting marionette? Fall guy? Or perhaps someone more capable of moral compromise than he would have liked to believe? Last Days in Shanghai is an unforgettable debut by a writer to watch. It’s both a hold–on–to–your–seat thriller and a pitch–perfect exploration of present day China—the country’s rapacious capitalism, the shocking boom of its cities and the wholesale eradication of its traditions.

Casey Walker is a graduate of the Iowa Writer's Workshop and has a PhD in English Literature from Princeton University. His writing has appeared in The Believer, Boston Review, and The Los Angeles Review of Books. He lives in Brooklyn with his wife, novelist Karen Thompson Walker.

Praise
"Last Days in Shanghai is about how easily we live our lives in thrall to our own evasions and how fervently we hope for redemption, and its protagonist, who imagines himself to be hardboiled but is really mostly softheaded, is one of those functionaries who helps our corrupt global system toot along despite being all confusion and hopeless compromise. For all his appeal, he presents himself as yet another Innocent Abroad for the same reason most of us do: to deny our complicity in the damage that follows in our wake." —Jim Sheppard, NBA nominee and author of Like You'd Understand, Anyway