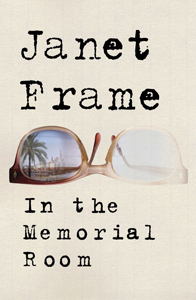 In the Memorial Room

Harry Gill, a moderately successful writer of historical fiction, has been awarded the annual Watercress–Armstrong Fellowship—a ‘living memorial’ to the poet, Margaret Rose Hurndell. He arrives in the small French village of Menton, where Hurndell once lived and worked, to write. But the Memorial Room is not suitable—it has no electricity or water. Hurndell never wrote here, though it is expected of Harry.

Janet Frame’s previously unpublished novel draws on her own experiences in Menton, France as a Katherine Mansfield Fellow. It is a wonderful social satire, a send–up of the cult of the dead author, and—in the best tradition of Frame—a fascinating exploration of the complexity and the beauty of language.

Praise
Praise for In the Memorial Room

"[T]he story is also a beautifully crafted artistic and philosophical creation that explores the nature of communication and exposes Frame's love of language…this is a terrific introduction to an original writer who deserves her own serious league of fans. Recommended for all fiction collections."—Library Journal