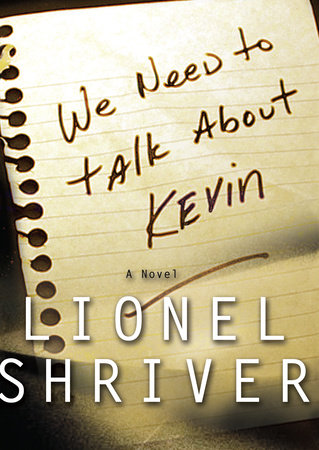 We Need to Talk About Kevin

The inspiration for the film starring Tilda Swinton and John C. Reilly, this resonant story of a mother’s unsettling quest to understand her teenage son’s deadly violence, her own ambivalence toward motherhood, and the explosive link between them remains terrifyingly prescient.

Eva never really wanted to be a mother. And certainly not the mother of a boy who murdered seven of his fellow high school students, a cafeteria worker, and a much–adored teacher in a school shooting two days before his sixteenth birthday.

Neither nature nor nurture exclusively shapes a child’s character. But Eva was always uneasy with the sacrifices and social demotion of motherhood. Did her internalized dislike for her own son shape him into the killer he’s become? How much is her fault?

Now, two years later, it is time for her to come to terms with Kevin’s horrific rampage, all in a series of startlingly direct correspondences with her estranged husband, Franklin.

A piercing, unforgettable, and penetrating exploration of violence and responsibility, a book that the Boston Globe describes as “impossible to put down,” is a stunning examination of how tragedy affects a town, a marriage, and a family.

Lionel Shriver's fiction includes The Mandibles; Property; the National Book Award finalist So Much for That; the New York Times bestseller The Post-Birthday World; and the international bestseller We Need to Talk About Kevin, adapted for a 2010 film starring Tilda Swinton. Her journalism has appeared in The Guardian, The New York Times, The Wall Street Journal, and many other publications. She’s a regular columnist for The Spectator in Britain and Harper’s Magazine in the US. She lives in London and Brooklyn, New York.