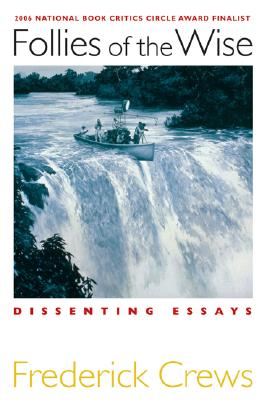 Follies of the Wise

Bestselling author and Berkeley professor of thirty years Frederick Crews has always considered himself a skeptic. Forty years ago he thought he had found a tradition of thought — Freudian psychoanalytic theory — that had skepticism built into it. He gradually realized, however, that true skepticism is an attitude of continual questioning. The more closely Crews examined the logical structure and institutional history of psychoanalysis, the more clearly he realized that Freud’s system of thought lacked empirical rigor. Indeed, he came to see Freudian theory as the very model of a modern pseudoscience.

Follies of the Wise contains Crews’s best writing of the past fifteen years, including such controversial and widely quoted pieces as “The Unknown Freud” and “The Revenge of the Repressed,” essays whose effects still reverberate today. In addition, his topics range from “Intelligent Design” creationism to theosophy, from psychological testing to UFO zaniness, from American Buddhism to the current state of literary criticism. A single theme animates his bracing and witty discussions: the temptation to reach for deep wisdom without attending to the little voice that asks, “Could I, by any chance, be deceiving myself here?”

Frederick Crews is an American literary critic who wrote extensively regarding psychoanalytic principles.