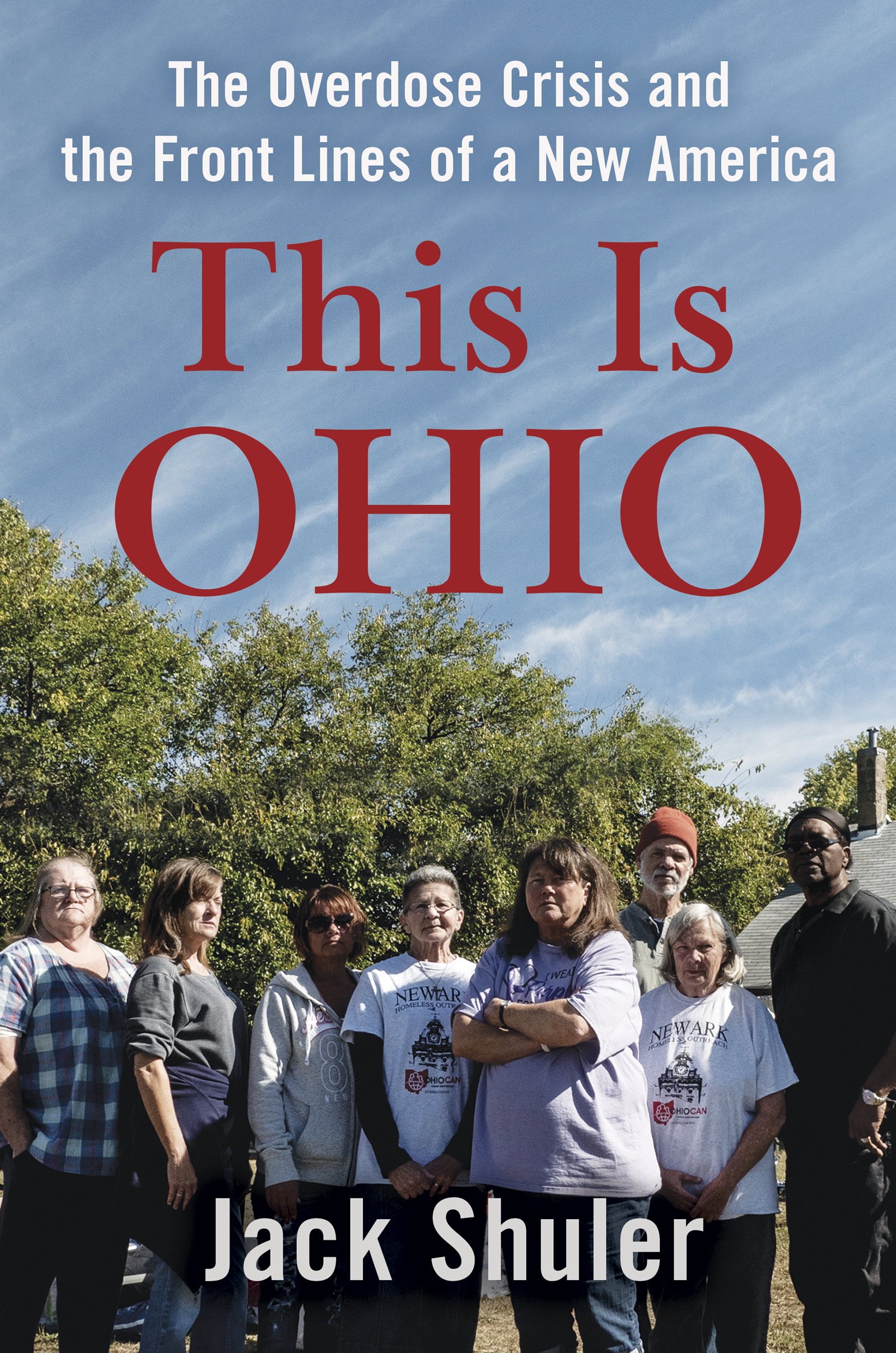 The Overdose Crisis and the Front Lines of a New America

For readers of Dopesick and Dreamland, journalist Jack Shuler explores the current addiction crisis as a human rights problem fostered by poverty and inadequate health care in this “insightful look at how the issues in Ohio affect the rest of the country” (Cosmopolitan, A Best Nonfiction Book of the Year).

Tainted drug supplies, inadequate civic responses, and prevailing negative opinions about people who use drugs, the poor, and those struggling with mental health issues lead to thousands of preventable deaths each year while politicians are slow to adopt effective policies. Putting themselves at great personal risk (and often breaking the law to do so), the brave men and women profiled in This Is Ohio are mounting a grassroots effort to combat ineffective and often incorrect ideas about addiction and instead focus on saving lives through commonsense harm reduction policies.

Opioids are the current face of addiction, but as Shuler shows, the crisis in our midst is one that has long been fostered by income inequality, the loss of manufacturing jobs across the Rust Belt, and lack of access to health care. What is playing out in Ohio today isn’t only about opioids, but rather a decades–long economic and sociological shift in small towns all across the United States. It’s also about a larger culture of stigma at the heart of how we talk about addiction. What happens in Ohio will have ramifications felt across the nation and for decades to come.

Jack Shuler is the author of three books, including The Thirteenth Turn: A History of the Noose. His writing has appeared in The New Republic, Pacific Standard, Christian Science Monitor, 100 Days in Appalachia, and Los Angeles Times, among other publications. He is chair of the narrative journalism program at Denison University. He lives in Ohio. Find out more at jackshulerauthor.com.

“With the opioid epidemic raging rampant in Ohio, Shuler gets into the nitty–gritty of the crisis . . . An insightful look at how issues in Ohio affect the rest of the country.” —Laura Hanrahan, Cosmopolitan, A Best Nonfiction Book of the Year

“A book that sets itself apart from the pack with a focus on both harm reduction and the larger economic factors that Shuler argues comprise crucial yet oft–overlooked context . . . Shuler holds readers’ interest with a colorful cast of activists who are on the ground in Ohio today, pushing back against the fentanyl–driven overdose crisis and the wider drug war . . . In the sort of middle–America town where news reports too often only focus on the bodies, Shuler has found a gang of heroes who have taken matters into their own hands.” —Travis Lupick, Filter Magazine

“Jack Shuler’s new book reveals courageous men and women combating the overdose crisis in Newark, Ohio, and makes a case for progressive harm reduction policies . . . This is Ohio isn’t a depressing book. It’s a portrait of men and women who, instead of waiting for seats at the table, made their own tables and pulled up their own chairs and began working for change.” —Joel Oliphint, Columbus Alive

"Jack Shuler’s This Is Ohio provides a perspective on the opioid epidemic that is refreshingly focused on those working on the ground to save lives and change policy . . . He effectively draws us into the lives of the people he describes, and in doing so he calls attention to the gaps and shortcomings that are rooted in policy and prejudice, as well as in the profit motive." —Paul Draus, Criminal Law and Criminal Justice Books

“This impressively researched and deeply felt account does a devastating job of personalizing the failures of U.S. drug policy.” —Publishers Weekly

“Another alarming report from the front lines of the opioid epidemic . . . This book should be shelved next to Beth Macy’s Dopesick and Sam Quinones’ Dreamland . . . Full of grim yet important statistics and vignettes as well as a few sensible solutions—i>Kirkus Reviews

“[A] profoundly humanizing investigation . . . The commitment, tenacity, and empathy of the users, activists, and advocates Shuler meets is a stark corrective to the disdain and dehumanization typical of policy and practice in this area. The title forcefully claims this story for Ohio, a statistical center, but addiction reaches all places, and this book is strongly recommended for readers anywhere who are interested in systemic change and the power of the grassroots.” —Library Journal

“Jack Shuler takes us to the heart of America’s overdose crisis with clear–eyed storytelling and empathic warmth for the ordinary Americans fighting against the economic and cultural abandonment that have left too many behind, or locked up. A wrenching but life–affirming book.” —Piper Kerman, author of Orange Is the New Black

“A riveting and disturbing look at America, but altogether necessary. This is a much–needed examination of a crisis and decline that has gone on far too long without reckoning. An absolute must–read.” —Jared Yates Sexton, author of American Rule

“This Is Ohio is such a good book because Jack Shuler listens so well. With clarity and heart, he tells an empowering story about the nation’s overdose crisis in the voices of the women and men who are facing it head–on. These are voices calling not just for attention but for action, and they are offering solutions that come from hard–won experience. Shuler asks us to listen, just as he did. It’s the least we can do.” —Peter Slevin, author of Michelle Obama: A Life

“Careful. Vivid. Empathic. Jack Shuler's This Is Ohio will challenge many readers’ assumptions about addiction, poverty, and the overdose crisis in not just Ohio, but across America. Much ink has been spilled investigating Big Pharma and how their greed sparked an epidemic of addiction. But This Is Ohio makes the uncomfortable argument that the crisis facing communities has roots that run far deeper than one industry's wanton greed and corruption. Shuler's book shows that addressing the opioid crisis also means addressing the economy, health care, inequality, and stigma. It means restoring the meaning of community and strengthening social bonds that not only keep us alive, but make our lives worth living.” —Zachary Siegel, journalist and co–host of Narcotica
Don't miss news & events from Counterpoint Press.
Subscribe to the newsletter today.