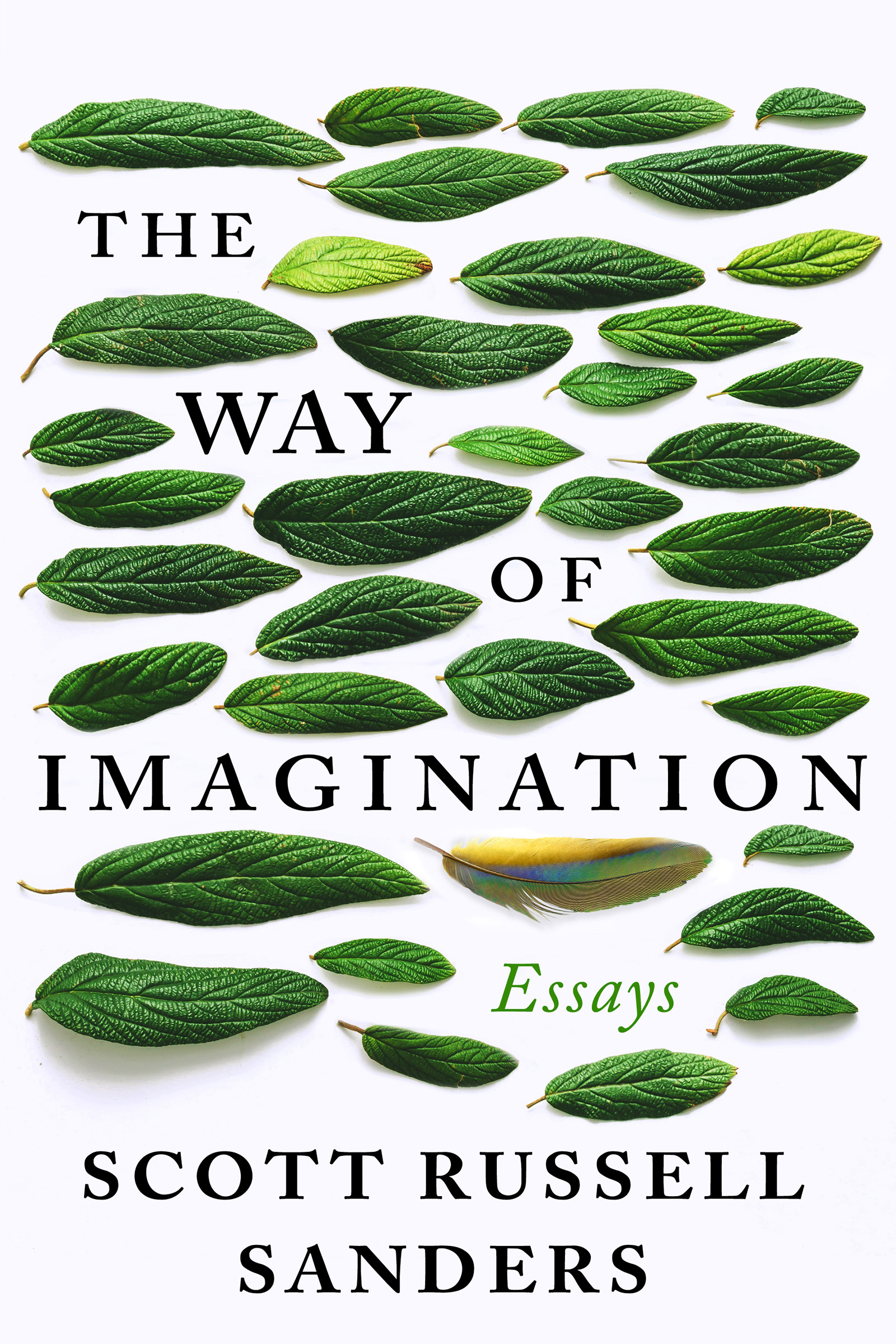 The Way of Imagination

Prize–winning essayist turns to the imagination as a spiritual guide and material method of living through climate disruption, as climate change and broad extinction forever alter our place on the planet and our lives together.

Scott Russell Sanders shows how imagination, linked to compassion, can help us solve the urgent ecological and social challenges we face. While reflecting on the conditions needed for human flourishing, he tells the story of his own intellectual and moral journey from childhood religion to an adult philosophy of life. That philosophy is tested when his first wife and then their son fall ill. Compelled to leave their beloved old house, they design a new one, and then transform their vision into a home and their raw city lot into a garden.

Scott Russell Sanders has won more than a dozen major honors, including the John Burroughs Nature Essay Award twice, the Lannan Literary Award, and fellowships from the Guggenheim Foundation and the National Endowment for the Arts. His more than twenty books include novels, stories, and essays. He is a distinguished professor emeritus of English at Indiana University and a fellow of the American Academy of Arts and Sciences. He and his wife make their home in the hardwood hill country of southern Indiana.

“Mr. Sanders finds no easy way to grasp the daunting duality of nature, its power to both heal and destroy. But he decides that in spite of its contradictions, the universe is still worthy of respect and affection . . . Sanders hope[s] that the arts and sciences, in expanding society’s collective imagination, can help humanity see possibilities beyond the present peril—and a greater sense of our shared predicament . . . Moments of transcendence are around us, Mr. Sanders reminds us in this troubled season, if only we take the time to notice.” —Danny Heitman, The Wall Street Journal

“As in most of his work, Sanders balances the moments of disaster and despair with the unending possibilities of human creativity and compassion, of art: the transforming power of the human imagination in the face of pending destruction . . . With the art of his language, Sanders invites readers to use their imaginations to find their experiences in his.” —Tom Montgomery Fate, The Christian Century

"Scott Sanders is a writer with the urgently needed skills to combine moral concerns with an imagination keen to notice beauty. The result is a collection of essays that is genuinely honest and hopeful while speaking truthfully. Preachers will find their imagination kindled." —Roy Howard, The Presbyterian Outlook

“Elegant & spiritual . . . Sanders asks the right questions in these essays . . . [He] keeps us alert to other human challenges and delights.” —Frederic and Mary Ann Brusatt, Spirituality & Practice

“In his measured, finely crafted prose, you can hear a lion roaring in the winter of our fragile existence . . . [Sanders] argues throughout that human imagination has achieved breathtaking heights, and using that imagination for collective action is our only hope in surviving the converging catastrophes we’ve set in motion . . . It motivates by sharpening the argument for trying, even while unflinchingly staring into the abyss.” —Jim Poyser, NUVO

“His work rings with authenticity, caring, and a deep sense of hope . . . Sanders is part of a rich vein of American writers, from Henry David Thoreau to Leopold to Wendell Berry to Annie Dillard, who promote preservation of the land by expressing a love for it . . . In The Way of Imagination, Sanders envisions a world in which love for the Earth replaces the pursuits that conspired to make us unhealthy.” —Bill Lueders, The Progressive

“As a verbal artist, Sanders is one of those who use imagination to evoke the imaginations of others, trying to spur the sympathy that leads to action . . . Authentic, wide–awake writing . . . Sanders shifts deftly from factual reporting to personal narrative to nature writing to quiet but indignant protest.” —David Heddendorf, Front Porch Republic

"Rich and urgent . . . I can’t help feeling that Sanders himself has written a book comparable to Walden in its wisdom and insight . . . He remains attuned to the most troubling issues of our time and, as a result, readers may align with our humble existence and its global dangers." —Robert Root, River Teeth

“A profoundly humane essayist, novelist, and nature writer finds glimmers of hope for a world in peril . . . The author is no Pollyanna, but he puts his trust in our individual and collective imagination—not just science or the more benign tenets of religion—to conceive of and walk a more constructive path . . . Changing attitudes is our most difficult task. Sanders, an insightful guide, knows we have no choice but to try.”—Kirkus Reviews (starred review)

“A comfort . . . It tells patiently and carefully the truth as you have troubled to know it and to live with it. I like your title, The Way of Imagination, by which you announce your commitment to a thoroughness contrary to the bad motives of anger, fear, and hate. Most of all, I am grateful for your refusal to single out one of our interdependent great problems as the most urgent. I take this as a courtesy to the likelihood that we can't solve one of those problems, all rooted in our habitual violence, without solving them all.” —Wendell Berry, in a letter to the author

“A dazzling, often heartbreaking, and ultimately healing meditation on the power of art to confront the existential threat that human greed and violence has foisted upon the earth. Scott Russell Sanders has written a vital book for this dark moment in history, demonstrating the truth of his insight that 'imagination keeps us from being trapped in the present arrangement of things.' His faith in the creative process as a shaping force for good is bracing, and his belief that we are called to love and compassion, notwithstanding the abundant evidence of human folly, is borne out on every page of this illuminating book.” —Christopher Merrill, author of Self–Portrait with Dogwood

“Scott Russell Sanders is an honest man in a time of lies, a wise man in a time of foolishness, a healer in a time of wounds, and a beautiful writer in a time of ugly rants. His new book thus offers both solace and inspiration. Like Loren Eiseley or Rachel Carson, Sanders begins with the natural world and leads readers into the moral world, where wondering love becomes an urgent call to care.” —Kathleen Dean Moore, author of Great Tide Rising
Don't miss news & events from Counterpoint Press.
Subscribe to the newsletter today.