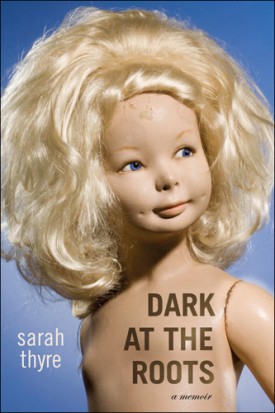 Dark at the Roots

As a middle child raised middle class and stuck out in the middle of Louisiana, hilarious writer and actress Sarah Thyre often found her in–between existence far less than desirable. Even from a young age, Sarah found ways of shirking her own hated identity — whether by stealing someone else’s or lying about her own. She changed her name, claimed to be a great outdoorsman, and solicited donations for her favorite charity — which turned out to be, in fact, her. In addition, Sarah lived through the violent struggles between her parents and their often troubled finances, and the stories with which she emerged populate this charming memoir.

An actress and writer, Sarah Thyre has appeared on Late Night with Conan O'Brien and Strangers with Candy and performed her own work at the Upright Citizens Brigade Theaters, Sit n' Spin at the Comedy Central Stage, and on Public Radio International. She lives in Los Angeles with her husband and two children.

Praise
"As a big fan of 'Thyrezine, ' I can't wait for Dark at the Roots. Sarah Thyre has a remarkable story to tell, and she tells it, well, remarkably." -- David Sedaris