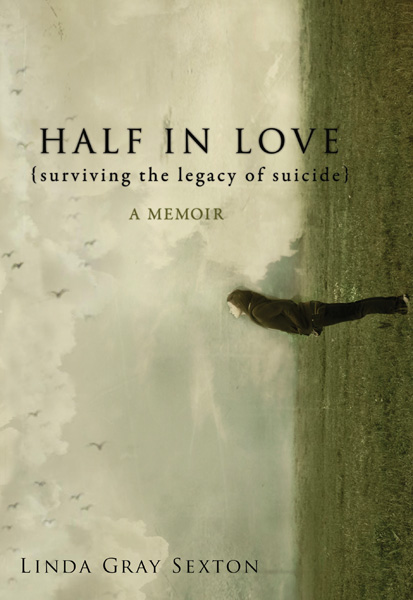 Surviving the Legacy of Suicide

After the agony of witnessing her mother’s multiple—and ultimately successful—suicide attempts, Linda Gray Sexton, daughter of the acclaimed poet Anne Sexton, struggles with an engulfing undertow of depression. Here, with powerful, unsparing prose, Sexton conveys her urgent need to escape the legacy of suicide that consumed her family—a topic rarely explored, even today, in such poignant depth.

Linda Gray Sexton tries multiple times to kill herself—even though as a daughter, sister, wife, and most importantly, a mother, she knows the pain her act would cause. But unlike her mother’s story, Linda’s is ultimately one of triumph. Through the help of family, therapy, and medicine, she confronts deep–seated issues and curbs the haunting cycle of suicide she once seemed destined to inherit.

Linda Gray Sexton is the daughter of Pulitzer Prize–winning poet Anne Sexton. She has written four novels, and her second memoir, Half in Love, was published by Counterpoint in January 2011. She lives in California.

"Half in Love is a testament to the potentially mortal wounds that suicide inflicts upon the living. Linda Gray Sexton has transformed her emotional suffering into a memoir of stunning intimacy. Wise, insightful, and unflinchingly honest, Sexton mines the depths of the darkest despair and ultimately her own salvation. This is a masterful work, beautifully written, by a brave soul of remarkable talent." —James Brown, author of The Los Angeles Diaries and This River
Don't miss news & events from Counterpoint Press.
Subscribe to the newsletter today.