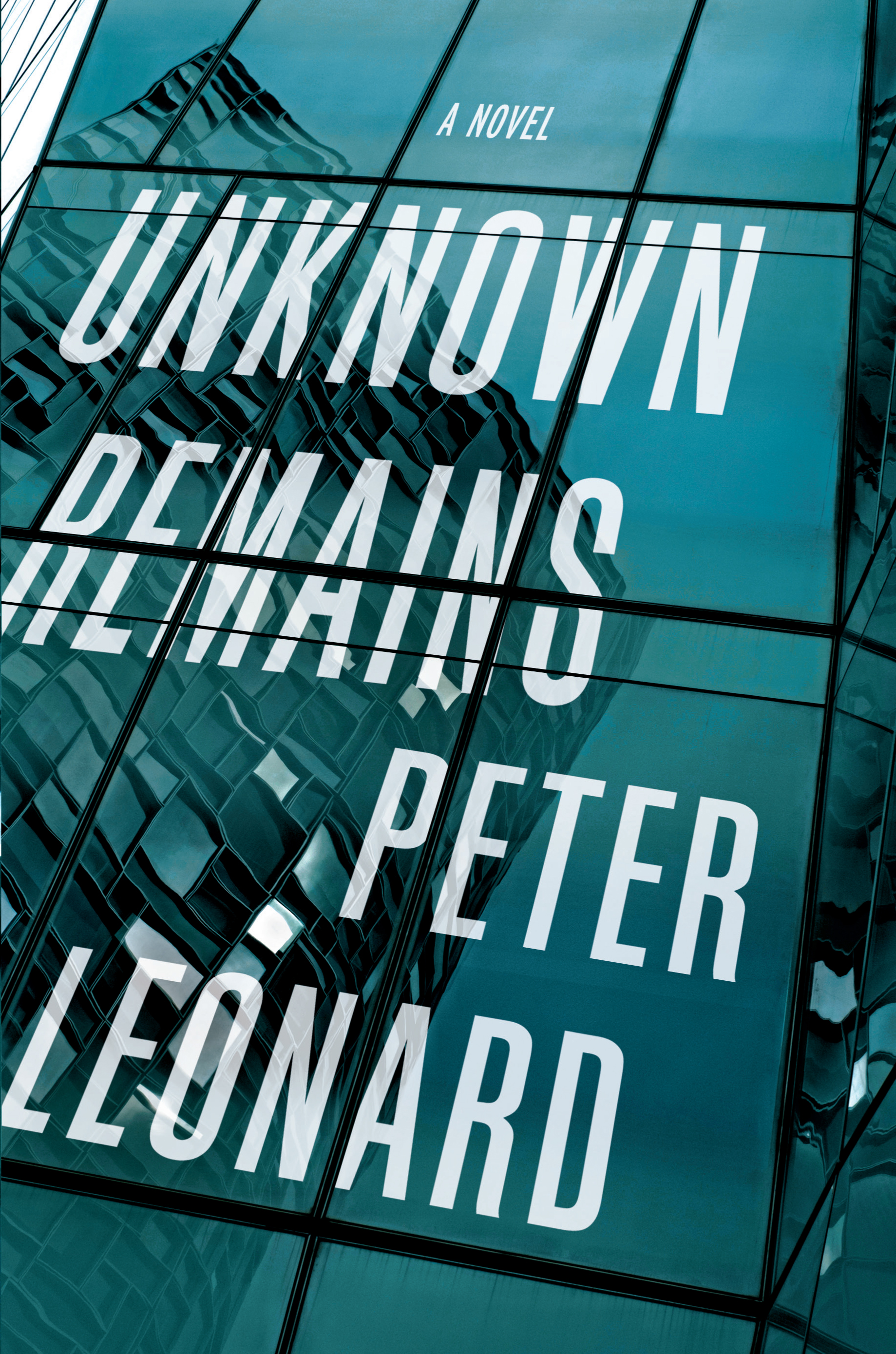 Jack McCann is a high–stakes Wall Street trader who sneaks into his office early one morning to try and clear out his things and get out of dodge; he knows he’s in trouble, deep legal trouble, a fact highlighted by the urgent phone calls from his boss. Outside his office window, Jack hears a booming sound, and then the worst thing imaginable. He works in the World Trade Center, and it is September 11, 2001.

His wife in Connecticut, Diane, is visited the next day by a grief counselor, and then the mob, where she learns her husband owes them $750,000. Their personal bank accounts have been emptied. She’s totally and utterly broke. Lost in grief and now shock, Diane soon learns her husband was not the loving spouse he appeared to be. But neither is she, owing to that Beretta she keeps tucked into her handbag.

The perfect summer read, Unknown Remains boasts an exciting crime story, inventive plot twists, and a cast of rogues, who just might be using a national tragedy to cover up their own deep transgressions and greed.

Peter Leonard is the son of crime novelist Elmore Leonard. In 1980, Peter was the founding partner of advertising agency Leonard Mayer & Tocco. For nearly thirty years LM&T created award–winning advertising for Volkswagen of America, Audi of America, Hiram Walker, and Pennzoil. He wrote his first novel, Quiver, in 2007; he has since published five more novels: Trust Me, All He Saw Was The Girl, Voices Of The Dead, and the sequel, Back From The Dead. Peter retired from the advertising business in 2009 and now writes fiction full time. He is the father of four children and lives in Michigan with his wife Julie and his dog Sam. Learn more about his work at peterleonardbooks.com.

“The largest satisfaction the novel offers is that of Diane, who is both recognizably shell–shocked and far from a pushover. She's an appealing heroine because, finding herself in a tight spot, she also discovers her own cunning and wiles.” —Kirkus


“. . . [T]here is much to like in Unknown Remains. Like his father before him, Leonard is at his best when he's adding knots to his plotting, shaking up what the reader believes is known about characters and motivations. The climax of the book's first act is especially jarring as one character enters abruptly while another leaves just as unexpectedly. Watching the characters turn around each other, plotting moves and countermoves, makes for exciting, page–turning stuff. In these moments, the book sings.”—Spectrum Culture

“[A] rambunctious new novel. . . Diane, a particularly strong character in a narrative filled with sinister oddballs and other eccentrics, spends the rest of the book dealing with both dilemmas and their high potential for disaster, all of it told in a manner that keeps the reader turning the pages.”—The Toronto Star

“This assured crime novel from Leonard opens on the morning of Sept. 11, 2001, in New York City. . . Leonard does a good job guiding the reader down one rabbit hole after another as the plot twists and turns.” —Publishers Weekly

Unknown Remains by any title is worth your immediate time, attention and hard–earned moola. . . It had been a while since we heard from Peter Leonard, but Unknown Remains is worth the wait. He can take an idea and run with it to its best possible place, taking the best possible route. I'd be perfectly happy if he published a book every month, but I'll gladly wait for each new one, no matter how long it takes.”—Bookreporter.com
Don't miss news & events from Counterpoint Press.
Subscribe to the newsletter today.