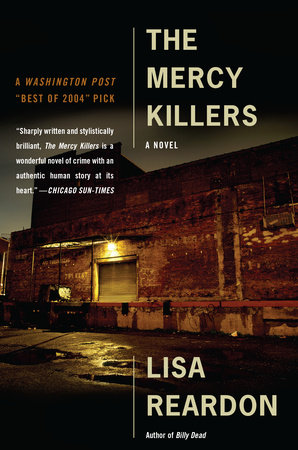 From a fierce voice in American literature, a psychological drama that combines gripping suspense and unforgettable characters in a story of murder, love, violent passion, and moral responsibility.

Seventy years old, ill, and bent by the ravages of time and loss of self-respect, Old Jerry wants to die. Charlie Simpkins, Old Jerry’s grandson, is a petty crook with a taste for trouble, alcohol, and the wrong sort of women; his older brother, P. T., is sweetly naive and very troubled and could just possibly be convinced that such a death would be a kindness. But when Old Jerry fails to show up for his birthday party and later turns up dead, Charlie wants to deflect attention from P. T. serves in Vietnam to avoid prison time.

Several years later, Charlie returns, angry and dangerous with a new wife and lingering nightmares from the war. He finds that his brother is living happily in a half-way house, his ex-girlfriend is gone, and another friend is married. But family harmony eludes Charlie–he is torn between living straight with his new wife and returning to the familiar comfort and excitement of his criminal friends. this is one crime he had nothing to do with. his friends for the murder when he learns that, yet again, all evidence points to P.T.A small and isolated world-a world where laws and taboos are broken on a daily basis, and family loyalty replaces moral accountability. Lisa Reardon’s new novel is a deeply involving and satisfying story that illustrates just how far fear can drive us, and where love can sometime send us.

"A spellbinding crime novel, The Mercy Killers is also a brilliantly thoughtful saga..." --The Washington Post

"Reardon has a wicked ear for dialogue . . . she keeps the action churning away in this low-pitched wail of a novel." --Chicago Tribune
Don't miss news & events from Counterpoint Press.
Subscribe to the newsletter today.