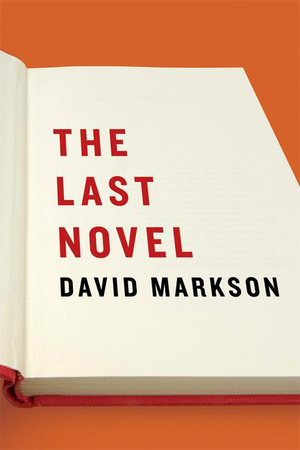 In recent novels, which have been called “hypnotic,” “stunning,” and “exhilarating,” David Markson has created his own personal genre. In this new work, The Last Novel, an elderly author (referred to only as “Novelist”) announces that since this will be his final effort, he has “carte blanche to do anything he damned well pleases.”

Pressed by solitude and age, Novelist’s preoccupations inevitably turn to the stories of other artists — their genius, their lack of recognition, and their deaths. Keeping his personal history out of the story as much as possible, Novelist creates an incantatory stream of fascinating triumphs and failures from the lives of famous and not–so–famous painters, writers, musicians, sports figures, and scientists.

As Novelist moves through his last years, a minimalist self–portrait emerges, becoming an intricate masterpiece from David Markson’s astonishing imagination. Through these startling, sometimes comic, but often tragic anecdotes we unexpectedly discern the entire shape of a man’s life.

"Jester cousin to Pound's Cantos--notations that gradually cohere in an underlying progress, a drift toward the momentary reconciliation of art, intellect, and mortality."
Don't miss news & events from Counterpoint Press.
Subscribe to the newsletter today.