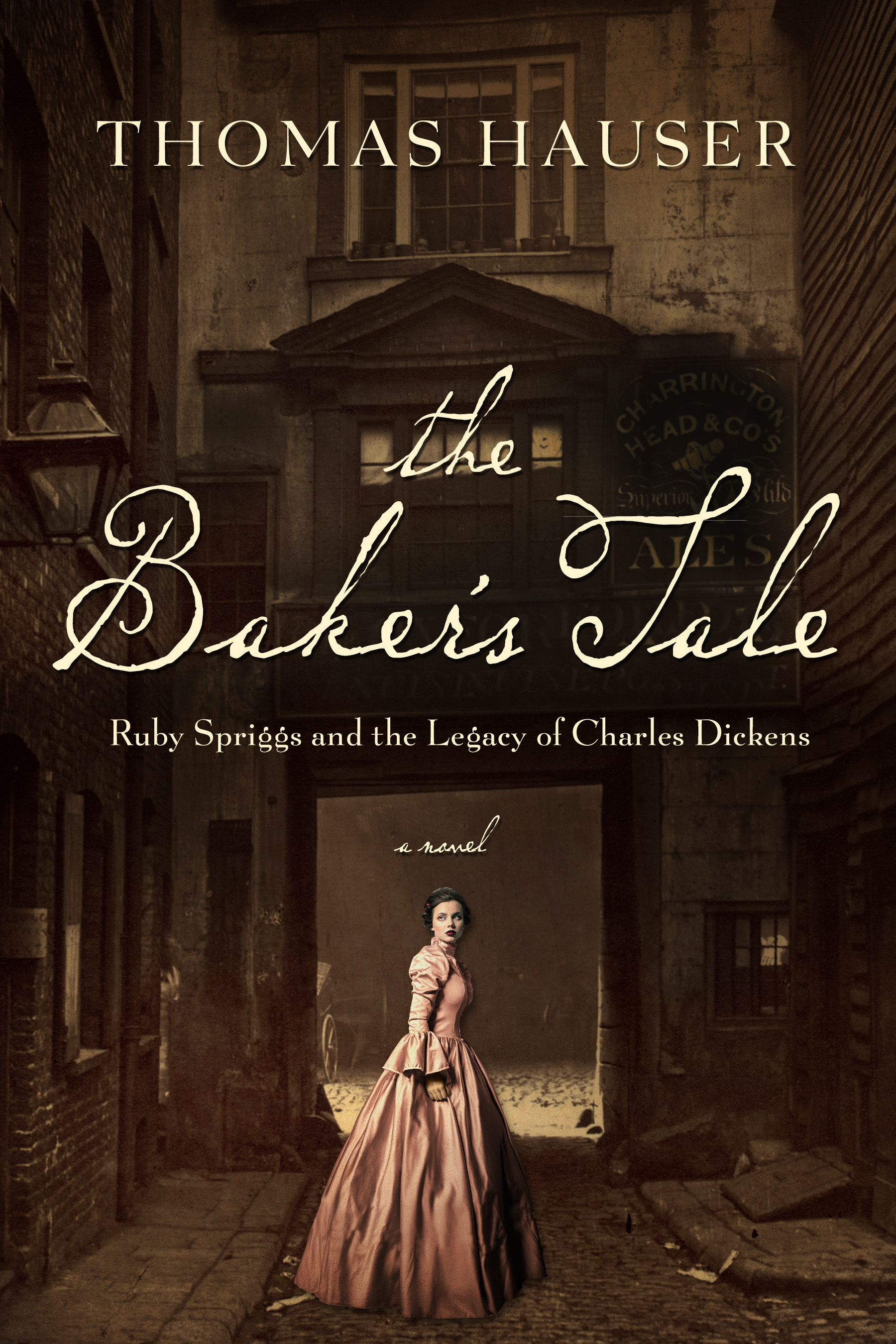 Ruby Spriggs and the Legacy of Charles Dickens

An evocative historical novel that explores the rising influence of Dickens’s work in mid–19th century London through the journey of a young woman’s struggle against poverty and injustice.

In the winter of 1836, a young journalist named Charles Dickens held an infant in his arms. Only eight months of age, Ruby Spriggs was living under the most deplorable conditions that existed in London. Crushing poverty seemed her only future.

Through the intervention of kind patrons, the child blossoms into a young woman instilled with a love of learning and books. But the forces that Dickens fought against for most of his life threaten to destroy her.

At the heart of The Baker’s Tale is Ruby Spriggs; Edwin Chatfield, the young man who would be her lover; Alexander Murd, the scheming coal baron who would destroy them; Abraham Hart, a dwarf who befriends Ruby in a faraway land; and Octavius Joy, a 19th–century philanthropist cut from unique cloth.

Meticulously researched and masterfully told, The Baker’s Tale recreates the voice of beloved author Charles Dickens in gorgeous prose brimming with the atmosphere of historical London. It’s a gripping tale of obsession, corruption, hope, and love instilled with the unequaled passion of Dickens’s social conscience.

Thomas Hauser is the author of forty–seven books on subjects ranging from professional boxing to Beethoven. His first novel Missing was nominated for the Pulitzer Prize, the Bancroft Prize, and the National Book Award, and was the basis for the Academy–Award–winning film starring Jack Lemmon and Sissy Spacek. He wrote Muhammad Ali: His Life and Times – the definitive biography of the most famous man on earth – which was nominated for a Pulitzer Prize and the National Book Award. Hauser has written extensively about the sport and business of professional boxing and has published articles in in The New Yorker, The New York Times, and other publications. He is currently a consultant to HBO and lives in Manhattan.

Praise for The Baker's Tale

"For his latest, Hauser (The Final Recollections of Charles Dickens) expands a Dickensian anecdote into the sweet, simple tale of Ruby Spriggs, an orphan who finds refuge and then love in mid–19th–century London. . . Hauser's spare prose, unadorned but for the scattered details that anchor the reader in a bygone age, delivers a tale true to its source of inspiration in the generous way it insists the good and pure–hearted will triumph over the wicked."—Publishers Weekly

Praise for The Final Recollections of Charles Dickens:

A Publisher's Weekly Choice for Book of the Week:

"This beautifully crafted historical novel by the prolific Hauser…delivers a crisp, colorful narrative with vivid pictures of London's rich and poor, as well as a suspenseful, perilous drama in the style of Dickens." —Publishers Weekly, Starred Review

"Charles Dickens still has one more story to tell. And what a story it is—fit for the plot of a classic Dickens composition…Hauser's mastery of Dickensian language and dramatic flair creates engaging historical fiction, and his depiction of Dickens's social philosophy of championing the poor will resonate with contemporary readers who are concerned about income inequality. Fans of the 19th–century author or of well–researched historical fiction will savor this work." —Library Journal

"In many ways, the story is illuminating (especially about Dickens' early career, before he married Catherine Hogarth, in 1836.).... Hauser is right to speculate about one of the world's greatest novelists and suggest that an early event in his life subsequently shaped the rest of his years as well as his brilliant writing career... Thomas Hauser should be given credit for assimilating and then processing so much of Charles Dickens' life—an enormous task by any standards." —Counterpunch

"Hauser has taken some liberties with Dickens's timeline, but has also included key biographical details—such as his unhappy marriage to Catherine Hogarth—that will delight devoted students of the writer. What is even more delightful is how truly Dickensian Hauser's novel proves to be, exploring not only this imagined incident but also the real man's favorite themes of London life and class inequalities." —Shelf Awareness

"For the last few years Booklist has heaped praise on Hauser's annual look back at the previous year in boxing. This year is no different. Why is Hauser one of the best sports journalists working today? He is an unashamed lover of boxing but never hesitates in exposing its flaws… Wonderful writing from a world–class journalist." —Booklist, Starred Review

Praise for Muhammad Ali: His Life and Times

"A measuring stick for at least three decades of America –– who we were, how we changed and what we became." —New York Post

"Extensive and fascinating detail; first–rate....The triumph of the "witness" technique in biography may be judged complete." —New York Daily News