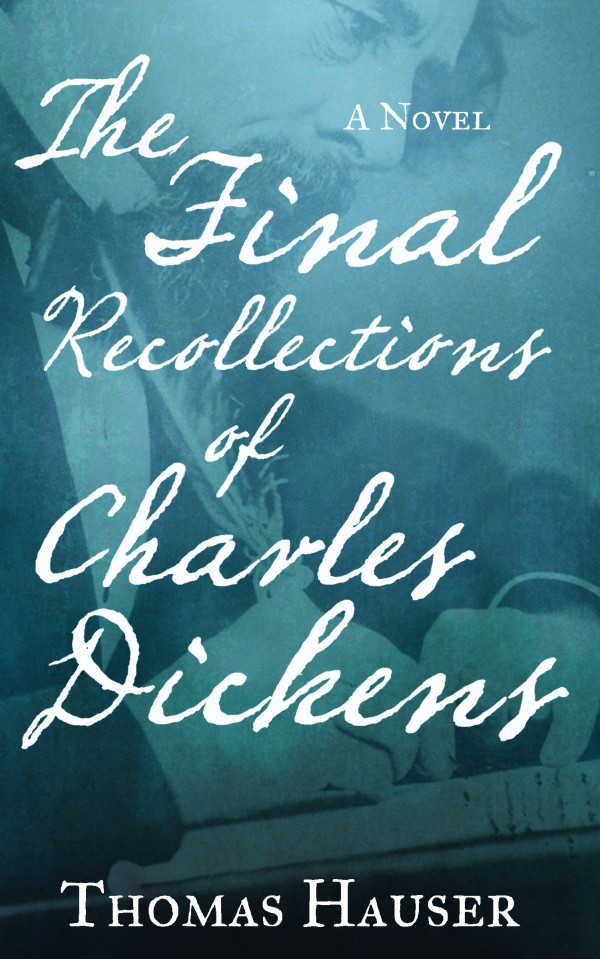 The Final Recollections of Charles Dickens

England, 1870: His health failing, his most important work all but done, Charles Dickens is readying himself for the final bed. But there is still one more story that he must tell. As a young journalist just getting his start, Dickens encountered a story that would affect him for the rest of his life.

As his “Sketches by Boz” column is just beginning to find acclaim, young Dickens encounters the wealthy and powerful Charles Wingate. While researching the mysterious businessman, Dickens uncovers a horrific story of corruption and violence, centered on a mutilated prostitute and the murder of her lover. Dickens’s investigation could wreak havoc on Wingate and, more importantly, his beautiful wife Amanda. Dickens, already betrothed to his publisher’s daughter, realizes just how loveless his future marriage will be as he falls in love with Amanda – even as his story threatens to ruin the Wingates.

The Final Recollections of Charles Dickensblends a historically–accurate telling of Dickens’s life with a gripping portrait of betrayal, murder, obsession, and love. It’s the story of Dickens’s deflowering and coming of age, caught between the worlds of England’s ruling elite and the seamy underside of London society. In this experience we witness the seeds being sown for what will become Dickens’s most popular and revered novels, and the social philosophies —rich versus poor —behind them. Meticulously researched and masterfully told, The Final Recollections of Charles Dickens captures the voice of the beloved author, the divided city of London, and the uncertain tenor of the times.

Thomas Hauser is the author of forty–seven books on subjects ranging from professional boxing to Beethoven. His first novel Missing was nominated for the Pulitzer Prize, the Bancroft Prize, and the National Book Award, and was the basis for the Academy–Award–winning film starring Jack Lemmon and Sissy Spacek. He wrote Muhammad Ali: His Life and Times – the definitive biography of the most famous man on earth – which was nominated for a Pulitzer Prize and the National Book Award. Hauser has written extensively about the sport and business of professional boxing and has published articles in in The New Yorker, The New York Times, and other publications. He is currently a consultant to HBO and lives in Manhattan.

A Publisher's Weekly Choice for Book of the Week

"This beautifully crafted historical novel by the prolific Hauser (Waiting for Carver Boyd) is a fictional autobiography of Dickens…Hauser delivers a crisp, colorful narrative with vivid pictures of London's rich and poor, as well as a suspenseful, perilous drama in the style of Dickens." —Publishers Weekly, Starred Review

"…Charles Dickens still has one more story to tell. And what a story it is—fit for the plot of a classic Dickens composition.…Hauser's mastery of Dickensian language and dramatic flair creates engaging historical fiction, and his depiction of Dickens's social philosophy of championing the poor will resonate with contemporary readers who are concerned about income inequality. Fans of the 19th–century author or of well–researched historical fiction will savor this work." —Library Journal

"…delicately weaves together Dickens's well–known history with an imagined tale of mystery, murder and romance.…will delight devoted students of the writer. What is even more delightful is how truly Dickensian Hauser's novel proves to be, exploring not only this imagined incident but also the real man's favorite themes of London life and class inequalities." —Shelf Awareness

" In many ways, the story is illuminating (especially about Dickens' early career, before he married Catherine Hogarth, in 1836.).... Hauser is right to speculate about one of the world's greatest novelists and suggest that an early event in his life subsequently shaped the rest of his years as well as his brilliant writing career... Thomas Hauser should be given credit for assimilating and then processing so much of Charles Dickens' life—an enormous task by any standards." —Counterpunch

Praise for Thomas Hauser
"For the last few years Booklist has heaped praise on Hauser's annual look back at the previous year in boxing. This year is no different. Why is Hauser one of the best sports journalists working today? He is an unashamed lover of boxing but never hesitates in exposing its flaws… Wonderful writing from a world–class journalist." —Booklist, Starred Review

Muhammad Ali: His Life and Times

"A measuring stick for at least three decades of America –– who we were, how we changed and what we became." —New York Post
"Extensive and fascinating detail; first–rate....The triumph of the "witness" technique in biography may be judged complete." —New York Daily News