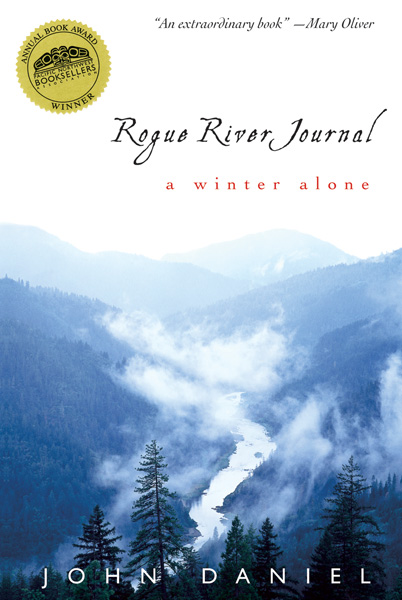 John Daniel's books of prose, including Rogue River Journal and The Far Corner, have won three Oregon Book Awards for Literary Nonfiction, a Pacific Northwest Booksellers Award, and have been supported by a fellowship from the National Endowment for the Arts among other grants and awards. His essays and poems have appeared in Wilderness Magazine, Orion, Sierra, Terrain.org, The North American Review, Poetry, The Southern Review, and other journals and anthologies. A former Wallace Stegner Fellow and Jones Lecturer at Stanford University, he has taught as a writer–in–residence at colleges and universities across the country. Earlier in life he was a logger, hod carrier, railroader, and rock–climbing instructor. Daniel lives with his wife, Marilyn Daniel, in the Coast Range foothills west of Eugene, Oregon.