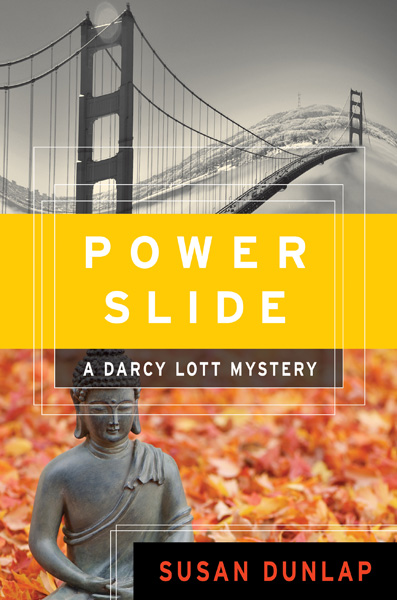 Stunt double Darcy Lott is on location at the Port of Oakland, positioned for a power slide — a dangerous trick in which she falls off a bike and skids under an 18–wheeler. Late getting to the set, Darcy’s intermittent boyfriend and stunt driver Damon Guthrie is forced to rush the scene. His truck malfunctions and Darcy is injured. Tensions have never been higher between them, and on top of it, Darcy’s siblings are pressuring her to search for Mike, their missing brother.

When Guthrie observes that the shipping containers headed for Asia would be a good place to hide out or stash a body, Darcy thinks with horror of Mike. Is this where her brother could be? Guthrie is no help to Darcy given their tenuous relationship, and all of her usual connections in the police department are suddenly shutting her out, so she’s on her own in a desperate quest to find a link between the port and her brother. The hunt leads her to the canyons of Los Angeles, a stunt ranch hidden in the desert, and ultimately to a horrifying discovery in San Francisco.

"Susan Dunlap is one of the best!" —The San Diego Union Tribune

"Dunlap knows the West Coast, knows how to create memorable characters, knows how to build suspense, and her technical expertise is extraordinary." —Chicago Tribune