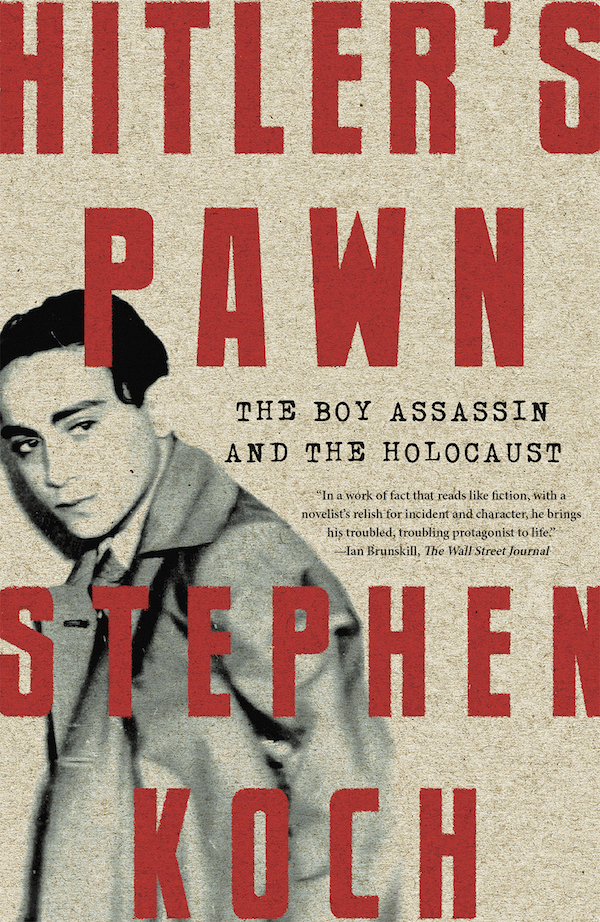 Stephen Koch, the former head of the Writing Division of Columbia University's School of the Arts, is the author of numerous books including Double Lives and The Modern Library Writer's Workshop. He lives in New York City.

“It is a riveting tale. Mr. Koch—novelist, biographer of Andy Warhol, sometime teacher of creative writing at Princeton and Columbia—is not the first to tell it, but he tells it with notable verve . . . In a work of fact that reads like fiction, with a novelist’s relish for incident and character, he brings his troubled, troubling protagonist to life.” —Ian Brunskill, The Wall Street Journal

“A powerful book about justice, outrage and the preservation of truth.” —Colin Greenwood, The Spectator

“Stephen Koch’s gripping book tells the whole story of the 17–year–old boy, Herschel Grynszpan, who made history by being the first Jew to take up arms against the Nazi regime.” —Christopher Hart, The Daily Mail, Book of the Week

“This book reads like a thriller . . . It's written for both scholars of the Holocaust and for laypersons interested in this little–known chapter of Holocaust literature.” —Carol Katz, New York Journal of Books

“In Koch’s new book, Hitler’s Pawn, he tells Grynszpan’s incredible life story, including how the young man sussed out the German’s bizarre scheme and mounted his own private resistance to serving as their pawn.” —CrimeReads

“Fascinating . . . An engrossing and well–researched effort that reveals the ultimate end of this overlooked but crucial episode.” —Booklist

“A blink–of–the–eye episode in the history of the Third Reich sets the events of Kristallnacht in motion, anticipating the years of terror that followed . . . [Hitler's Pawn] will appeal to careful readers of modern European history.” —Kirkus Reviews

“Anne Frank, Elie Wiesel, Primo Levi—these are the pivotal figures who will forever stand against the twentieth century's submission to Auschwitz. Yet history urges the inscription of still another indestructible touchstone: Herschel Grynszpan, the seventeen–year–old Polish Jew whose desperate assassination of a German official became the pretext for the fires of Kristallnacht, the ferocious pogrom that initiated the Holocaust. Stephen Koch's heart–stopping account reveals how, in the very pit of Nazi perfidy, this fragile yet steadfast young man devised the ingenious trap that outwitted Goebbels. In the light of Koch's scrupulous unearthings, we must now count the brief, tormented life of Herschel Grynszpan among the lasting necessary chronicles.” —Cynthia Ozick, author of Critics, Monsters, Fanatics, and Other Literary Essays
Don't miss news & events from Counterpoint Press.
Subscribe to the newsletter today.