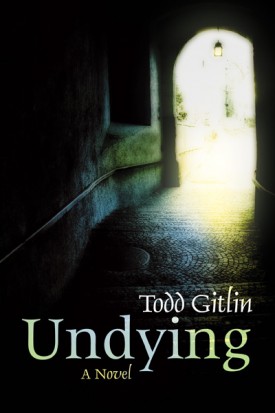 November 2004: George W. Bush is re–elected. Five days later, Alan Meister, a New York professor of philosophy, is diagnosed with lymphoma—not that he can prove the two are connected. While coping with the rigors of chemotherapy, Alan begins work on a long–postponed book titled The Health of a Sick Man, arguing that the core of Friedrich Nietzsche’s philosophical thought was a decades–long attempt to cope with his lifelong incapacities—his blinding headaches, upset stomach, weak vision, and all–around frailty, not least his vexed relations with women. As Alan’s treatment proceeds, he finds relief by imagining Nietzsche not as a historical figure, but as a character in his daily life, a reminder that his own heart continues to beat.

Rooted in the author’s personal experience with lymphoma, this novel is a compound of reminiscences, aphorisms, anecdotes, and encounters: with Alan’s errant daughter Natasha, who has returned home to help care for him; with mortal friends; with a mysterious hospital roommate; with students; with contemporary life as it reaches him through the newspapers and his readings. Steady, spare, and often bracingly funny, Undying cries out in a robust voice: I am.

Todd Gitlin is the author of fourteen books, including The Chosen Peoples: America, Israel, and the Ordeals of Divine Election, The Sixties: Years of Hope, Days of Rage, and the award-winning novel Sacrifice. Currently a professor of Journalism and Sociology at Columbia University, Gitlin holds degrees from Harvard University, the University of Michigan, and the University of California, Berkeley. He lives in New York City with his wife, Laurel Cook.

Praise for The Bulldozer and the Big Tent

"No one is better than Todd Gitlin at describing the crucial dynamic through which movements gain or lose political power. Justly celebrated for his seminal work on such dynamics during the 1960s, Gitlin now he explains everything that's happened since, with passion and wisdom—and happily, because of Bushism's collapse, legitimate optimism about the future." —Michael Tomasky, Guardian America

"A brilliant and indispensable book." —Thomas B. Edsall, The New Republic