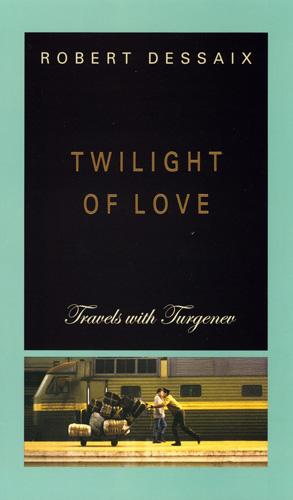 Together with Tolstoy and Dostoyevsky, Ivan Turgenev was one of the leading novelists of Russia’s Golden Age and the first Russian writer to capture a Western audience. In Russia works such as his A Hunter’s Notes and Fathers and Sons, were pivotal in transforming the Russian social landscape.

No less sensational than his novels was his personal life. For forty years, until the day he died, he was passionately devoted to the diva Pauline Viardot, following her and her husband around Europe and even living with them amicably at times as part of their household. What, then, did Turgenev mean by “love,” the word at the core of his life and work?

Robert Dessaix is a writer of fiction, autobiography and the occasional essay. From 1985 to 1995, after teaching Russian language and literature for many years at the Australian National University and the University of New South Wales, he presented the weekly Books and Writing program on ABC Radio National. In more recent years he has also presented radio series on Australian public intellectuals and great travellers in history, as well as regular programs on language.

His best-known books, all translated into several European languages, are his autobiography A Mother's Disgrace; the novels Night Letters and Corfu; a collection of essays and short stories (and so forth); and the travel memoirs Twilight of Love and Arabesques. In 2012 he published the collection of originally spoken pieces As I Was Saying, and in 2014 the meditation What Days Are For. A full-time writer since 1995, Robert Dessaix lives in Hobart, Tasmania.

"This is what Robert Dessaix does best: an amalgam of travel writing, anecdotes, reminiscences, cultural and literary commentary, with a dash or two of politics and history as well, all of it held together by a pleasingly discursive style."
Don't miss news & events from Counterpoint Press.
Subscribe to the newsletter today.