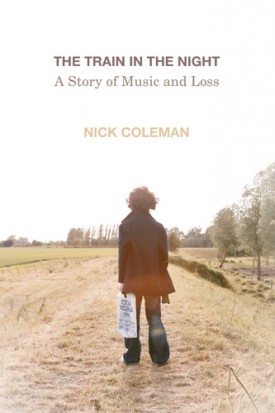 The Train in the Night

A Story of Music and Loss

For thirty years Nick Coleman immersed himself in music, from rock’n’roll to “pro rock,” jazz to classical, until one morning as he sat up in bed, his right ear went stone deaf. His left ear–as though to compensate–started to make horrific noises ..”.like the inside of an old fridge hooked up to a half-blown amplifier.”
“The Train in the Night” explores the world in which a music critic must cope with a world that has abruptly lost its most important element, sound. But Coleman opens more than his struggle; he delves back into his past to examine how music defined his identity, how that identity must be reshaped by its loss, and how at time the memory of the music can be just as powerful as the music itself.

Following a brief spell as a stringer at NME in the mid-1980s, NICK COLEMAN was music editor of Time Out for seven years, then arts and features editor at the Independent and the Independent on Sunday. He has also written on music for The Times, The Guardian, The Telegraph, New Statesman, Intelligent Life, GQ, and The Wire. He is the author of The Train in the Night, which was short-listed for the 2012 Wellcome Book Prize.