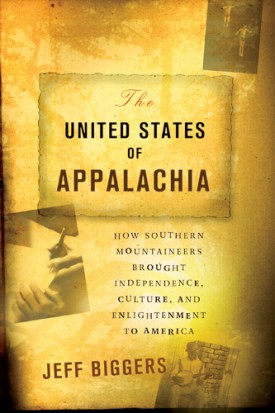 The United States of Appalachia

How Southern Mountaineers Brought Independence, Culture, and Enlightenment to America

Few places in the United States confound and fascinate Americans like Appalachia, yet no other area has been so markedly mischaracterized by the mass media. Stereotypes of hillbillies and rednecks repeatedly appear in representations of the region, but few, if any, of its many heroes, visionaries, or innovators are ever referenced.

Make no mistake, they are legion: from Anne Royall, America’s first female muckraker, to Sequoyah, a Cherokee mountaineer who invented the first syllabary in modern times, and international divas Nina Simone and Bessie Smith, as well as writers Cormac McCarthy, Edward Abbey, and Nobel Laureate Pearl S. Buck, Appalachia has contributed mightily to American culture — and politics. Not only did eastern Tennessee boast the country’s first antislavery newspaper, Appalachians also established the first District of Washington as a bold counterpoint to British rule. With humor, intelligence, and clarity, Jeff Biggers reminds us how Appalachians have defined and shaped the United States we know today.