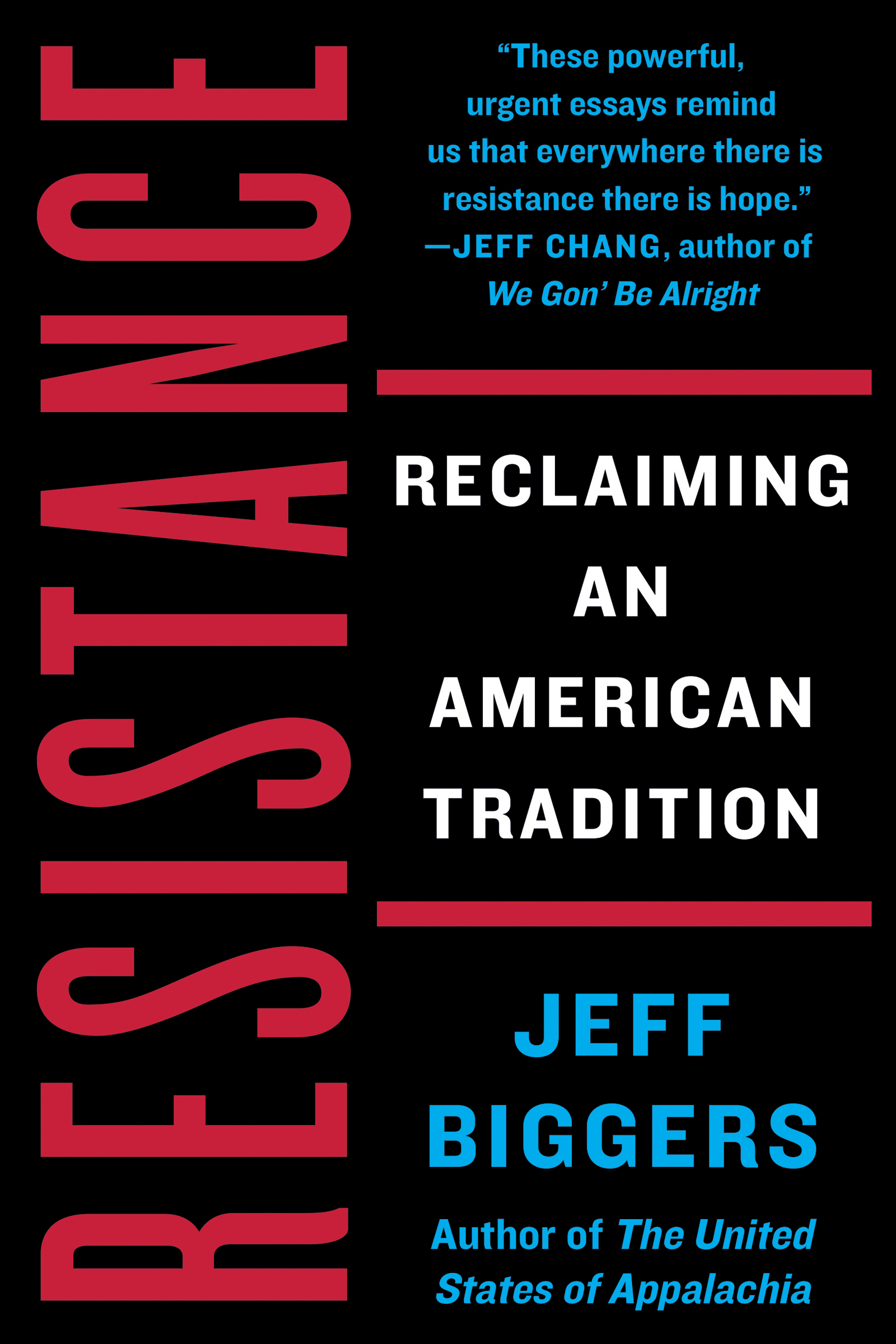 Jeff Biggers is an award–winning historian, journalist, and playwright. He is the author of several books, has been long–listed for the PEN/Jacqueline Bograd Weld Award, and is the recipient of the Delta Prize for Literature and David Brower Award for environmental reporting. He is the founder of the Climate Narrative Project, an arts and advocacy initiative for schools and communities.

"With compelling and engaging prose, Jeff Biggers lays out the case for Resistance in the age of Trump. Using Common Sense, Thomas Paine’s incendiary call to overthrow the British, as the thread that binds his narrative, Biggers interweaves stories from before the American Revolution to the present to offer the reader a view of history not found in most high school textbooks. From the armed resistance of the Powhatan in 1622 to the protests of the Water Protectors against the Dakota Access Pipeline; from the speeches and essays of Maria Stewart, 'the first Black feminist–abolitionist in America,' to the words of Black Lives Matter founder Alicia Garza, he entreats us to remember that the constitution of our country is founded on the premise of 'We the People.' There are so many lessons to learn from Resistance: Reclaiming an American Tradition. Our turbulent times, Biggers shows us, have eerie and chilling parallels to the birth pangs of our nation and to the continuing struggles of 'We the People' to define and claim our voices. At this moment in history, when even the act of listening to the news can cause despair, Biggers gives us hope. In response to our darkness, he reaffirms the light that resistance offers. He shows us that the free expression of resistance, whether with the pen, our marching feet, the taking of a knee before a football game, the words to a song—to name a few—remains a cornerstone of what it means to be American." —Naomi Benaron, author of the Bellwether Prize–winning Running the Rift
Don't miss news & events from Counterpoint Press.
Subscribe to the newsletter today.