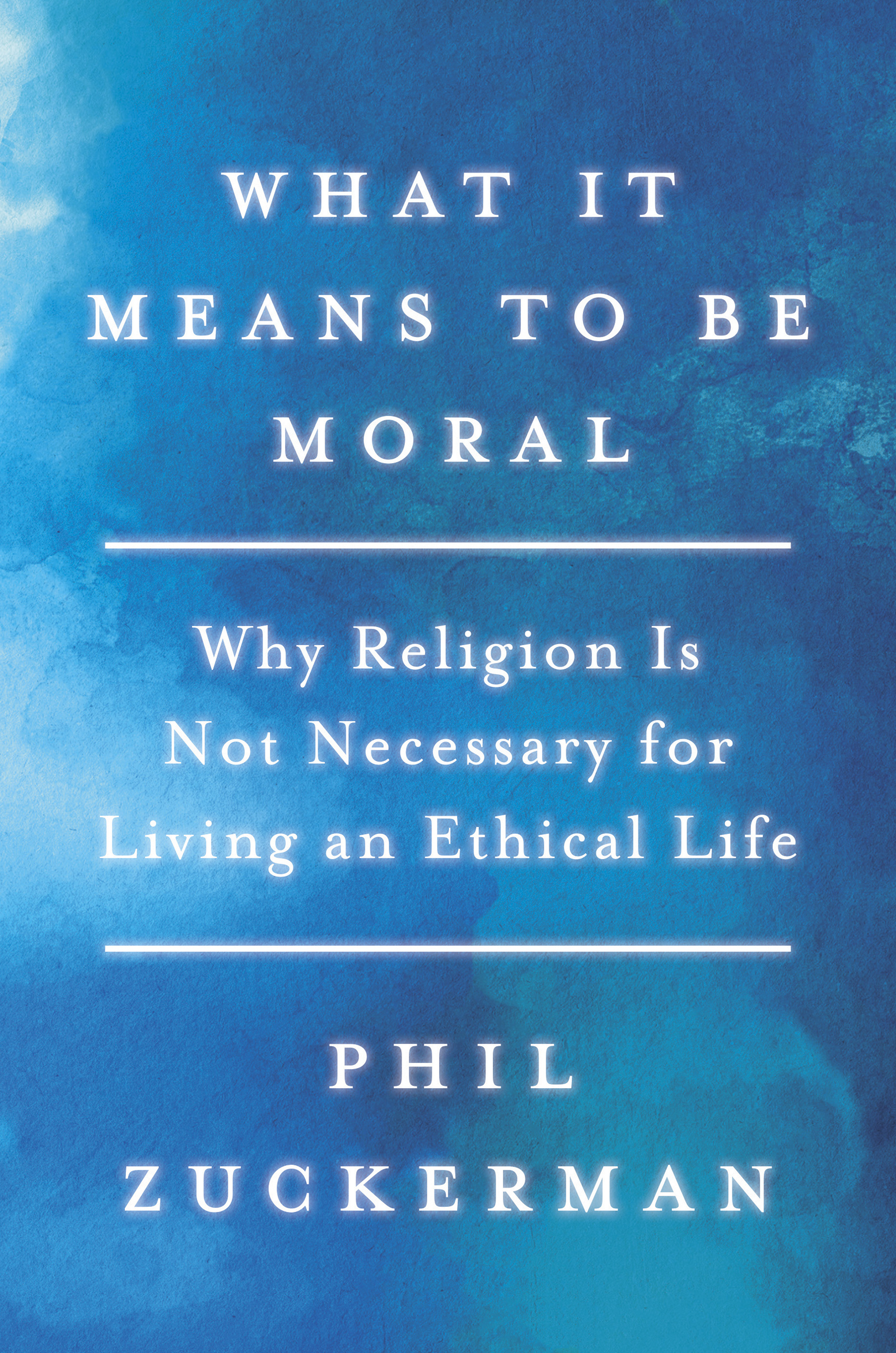 What It Means to Be Moral

Why Religion Is Not Necessary for Living an Ethical Life

In What It Means to Be Moral: Why Religion Is Not Necessary for Living an Ethical Life, Phil Zuckerman argues that morality does not come from God. Rather, it comes from us: our brains, our evolutionary past, our ongoing cultural development, our social experiences, and our ability to reason, reflect, and be sensitive to the suffering of others.

By deconstructing religious arguments for God–based morality and guiding readers through the premises and promises of secular morality, Zuckerman argues that the major challenges facing the world today—from global warming and growing inequality to religious support for unethical political policies to gun violence and terrorism—are best approached from a nonreligious ethical framework. In short, we need to look to our fellow humans and within ourselves for moral progress and ethical action.

Phil Zuckerman is the author of several books, including The Nonreligious, Living the Secular Life, and Society without God. He is a professor of sociology at Pitzer College and the founding chair of the nation’s first secular studies program. He lives in Claremont, California, with his wife and three children.

Praise for What It Means to Be Moral

“Zuckerman draws on research to show why and how secular morality works . . . [A] first–resort work on its subject.” —Booklist

“Most of us nonbelievers know morality when we see it, but that’s no help when yet another devout friend or family member asks, 'How can anyone know what’s good—let alone do it—without God?' Phil Zuckerman’s surprisingly entertaining new book, on the other hand, is a huge help. Zuckerman doesn’t just explain how and why secular morality works; he makes a powerful case that it works better than any and every religious code and is uniquely suited to help us solve the world’s biggest problems. Here’s your chance to stand tall and answer the naysayers, once and for all, literally for goodness’ sake.” —Bart Campolo, coauthor of Why I Left, Why I Stayed

“Clear, compassionate, and concise . . . Zuckerman’s book serves as a valuable tool and source of inspiration and guidance in creating a world based on humanist ethics, not religious dogma.” —Becky Garrison, The Humanist

“You’re going to want to read this one. It’s a thoughtful and thorough analysis of a subject that is usually dealt with in sound bites.” —Hemant Mehta, Friendly Atheist

“As humanity moves forward, using science and reason to better understand the universe, many people nevertheless reflexively assume that ancient religions are needed for ethical living. Phil Zuckerman dismantles those assumptions brilliantly in What It Means to Be Moral, demonstrating that morality is perfectly consistent with secularity, that hope for a better world need not be reliant on outdated theology.” —David Niose, author of Nonbeliever Nation: The Rise of Secular Americans

“Phil Zuckerman skewers the sacred cows of religious infallibility and God–based morality with biting wit and alacrity. He provides engaging historical, philosophical, social, and personal examples to bolster his argument that relying upon theistic interpretations of morality and ethics amounts to 'moral outsourcing.' Taking aim at the highly subjective, crazy–quilt nature of religious moralism, Zuckerman convincingly refutes the so–called universal truisms, values, and codes imposed on mere mortals by omnipotent deities. In so doing, he provides a solid case for humanistic morality as an antidote to the blind dogma and bigotry fueling the United States’ increasingly polarizing political climate.” —Sikivu Hutchinson, author of White Nights, Black Paradise

“In this book, Phil Zuckerman provides an important argument for and examples of moral living without God. His depiction of secular morality offers readers a view into the meaning and depth of human encounter in and with the world. There is no anger or dismissiveness in his narrative—simply insights, sharp and compelling. I highly recommend this book.” —Anthony B. Pinn, author of Humanism and the Challenge of Difference
Don't miss news & events from Counterpoint Press.
Subscribe to the newsletter today.