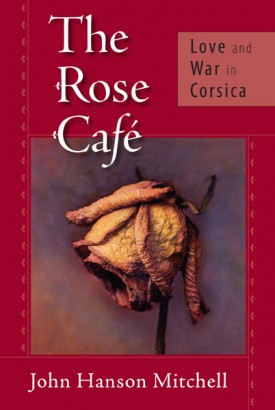 Love and War in Corsica

In 1962, while he was a student in Paris, John Hanson Mitchell spent a luminous six months on the Mediterranean island of Corsica at the Rose Café, in Ile Rousse. Twenty–two, Mitchell spent his idyll hours there observing the lives of the people who frequented the place. These included a group of local card players (some with possible underworld connections) who visited each night, as well as colorful continental types and a younger crowd at play — all spellbound by the lush charms of the island.

In the polished prose that has made his other books so distinctive and well–loved, Mitchell captures the rhythms and intrigues of a life lived elsewhere, bringing us an insider’s portrait of the light and dark shadows that loomed over postwar Corsica. He reveals in the process the island’s magic at work on his own life — how it cultivated the bloom of his writing talent and shaped his sense of place.

John Hanson Mitchell's work is focused on a square mile tract of land known as Scratch Flat, located about thirty-five miles north-west of Boston. Mitchell has used this anomalous landscape of rolling hills, farms, forests and encroaching suburbs to explore his continuing interest in natural and human history and the whole question of place in human cultures, both native and European. Best known of this series of books is the first, Ceremonial Time: Fifteen Thousand Years on One Square Mile, a New York Times Editors' Choice. The latest book in the group is An Eden of Sorts: The Natural History of My Feral Garden. All of these books have been collected together in a series known as The Scratch Flat Chronicles.