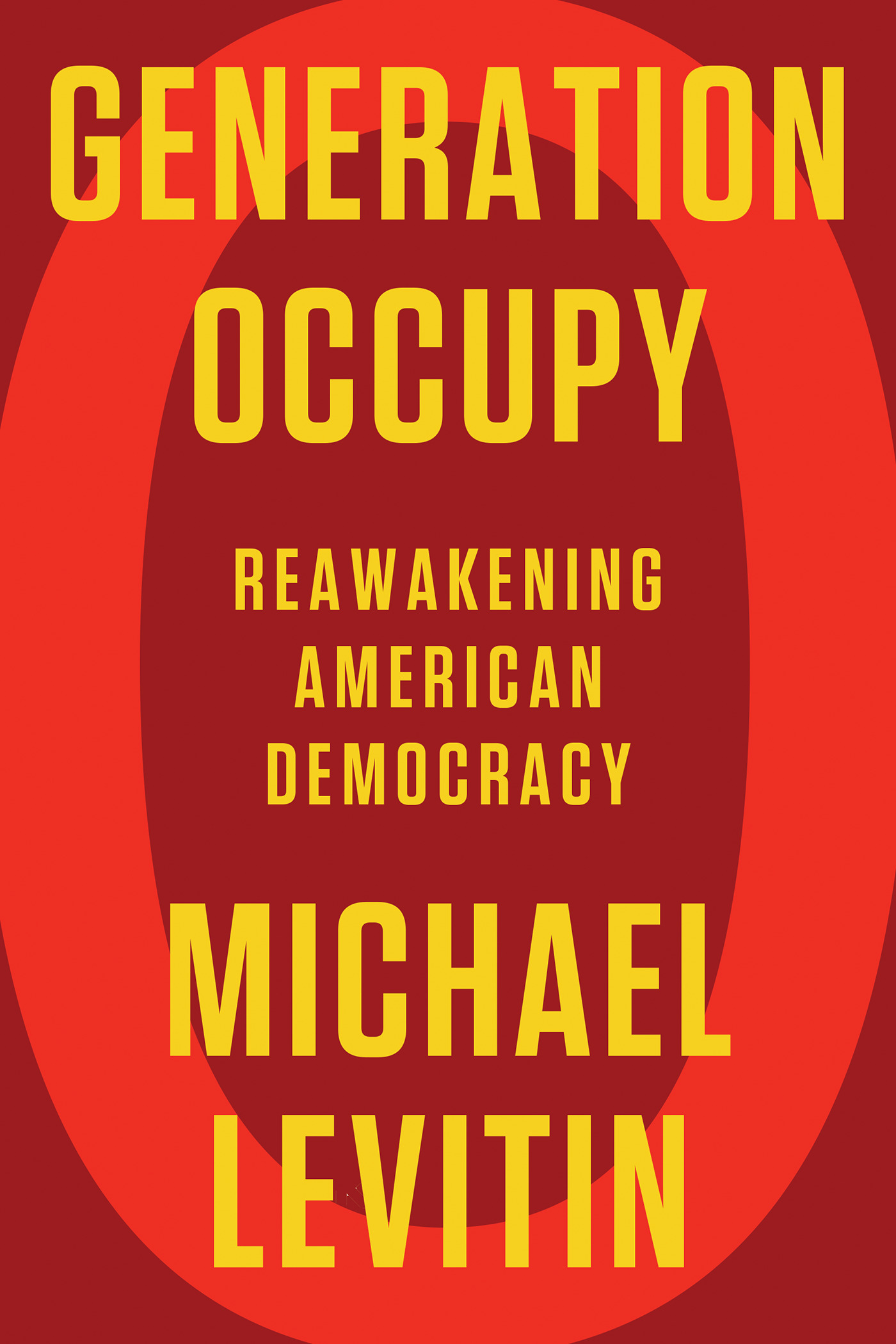 Michael Levitin is a journalist and co-founding editor of The Occupied Wall Street Journal. He started as a reporter covering the Cochabamba Water War in 2000 for the English language newspaper Bolivian Times. He earned his master’s degree from the Columbia Graduate School of Journalism and later worked as a freelance correspondent in Barcelona and Berlin covering politics, culture and climate change. His writing has appeared in The Atlantic, The Guardian, Financial Times, Newsweek, Time and the Los Angeles Times, among other publications. His debut novel, Disposable Man, was published in 2019. He teaches journalism at Diablo Valley College in the San Francisco Bay Area, where he lives with his partner and daughter.

"Fluidly written . . . Levitin’s enthusiasm is infectious . . . It is no exaggeration to say that Occupy Wall Street and its offshoots changed a good deal more of the landscape than Zuccotti Park’s three-quarters of an acre in New York’s financial district." —Tod Gitlin, The New York Times Book Review

"Michael Levitin's Generation Occupy is a much needed debrief on the Occupy Movement, one that focuses less on lofty theoretical meanings and more on nuts and bolts and human issues––who was there, what they thought they wanted to do, how they tried to do it, and how they felt about the movement later on. This is a documentary account about a community, therefore, and as such it refreshes North American non-fiction writing, creating a beautiful collage of stories about idealism, disenchantment, and influence ex post facto. The idealist in you will unfold anew over the course of these pages, again, with gratitude for the discussions started by Occupy and for the lives it changed." ––Rick Moody

"Abundant . . .  Levitin includes colorful vignettes of his time at the [Occupy Wall Street] protests, and offers fresh insights on union workers’ participation and the Rolling Jubilee campaign to abolish student debt . . . A noteworthy contribution to the discussion over why Occupy Wall Street happened, and what it meant." —Publishers Weekly

"A vigorous history of the Occupy Movement by a journalist and activist . . . An evenhanded account of a political strain that remains influential, if now relatively subdued." —Kirkus Reviews

"In an exhilarating combination of memoir, history, and political analysis, Levitin makes an airtight case: that the Occupy movement has had a profound influence on all aspects of American life. Generation Occupy is a masterpiece that illuminates our past, present, and future." —Brian Platzer, author of The Body Politic and education columnist at The Atlantic

“In this book, Michael Levitin makes a compelling case that the Occupy movement had a much greater impact than is typically acknowledged. Combining political analysis with profiles of key activists, Generation Occupy offers a dedicated defense of the power of mass protest.” —Mark Engler, co-author of This Is An Uprising

"Occupy Wall Street may not have changed the way the wealthy see the world, but as Michael Levitin beautifully documents, it changed everything for the 99% of us who must learn to live here, together. Occupy was less a protest than the formulation of a new approach to economics and governance, whose full impact is only being realized today. Levitin draws the connections between Occupy Wall Street and everything from Black Lives Matter to the Climate Strikes, reminding us we have a shared legacy, a common cause, and a hopeful future." —Douglas Rushkoff, author of Team Human

"What started as a scrappy protest camp in 2011 has lived on as a long, surprising echo through the institutions—not a march of people through the halls of power so much as an immediate and lasting influence on grassroots movements like Black Lives Matter, on policies within the Democratic Party, even on Wall Street itself. Levitin writes an elegant, hard-edged history of the American Left over the last ten years." —Michael Scott Moore, author of The Desert and the Sea
Don't miss news & events from Counterpoint Press.
Subscribe to the newsletter today.