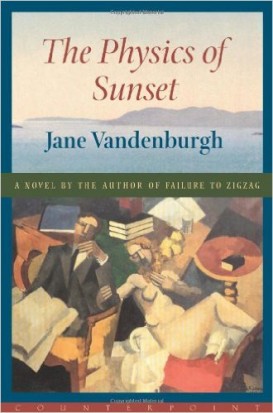 The Physics of Sunset

Fire, flood, and earthquake — the typical California disaster scenario pales in comparison to the calamity waiting to occur when Anna meets Alex in The Physics of Sunset. Fellow Easterners-in-exile-to-Berkeley, the almost-divorced poet Anna and the very married architect Alex start an affair that soon threatens their formerly well-ordered lives. Science, sex, and the clash between East and West (coasts) form the nucleus of this blisteringly smart satire of contemporary mores and morals.