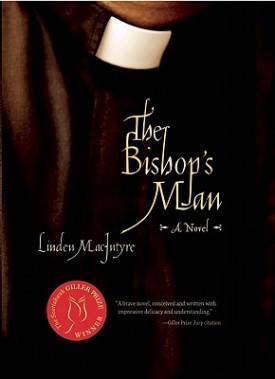 Father Duncan MacAskill knows all about temptation, all the devious ways that lonely priests persuade themselves that their private needs trump their vows. His fellow priests call him the “Exorcist” behind his back because he’s spent most of his priesthood as the bishop’s clean-up man, sent in to discipline the wayward priests and defuse potential scandal while moderating the emotions of the victims too–something that has been increasingly wearing away at his sense of justice and calling.

And so, when the bishop hears that a big media scandal may be heading their way and suggests Duncan relocate to duties in a country parish, he is only too willing. The trouble is the parish is very near where Duncan grew up. The long nights in the rectory give him too much time to think about his own turbulent childhood, and to drink, and to think some more. He’s already teetering when he meets not only a woman he thinks he might love but also a boy who may have been the victim of one of his fellow priests–a priest he was charged with disciplining years ago. Pushed to the breaking point by loneliness, tragedy, and sudden self-knowledge, Duncan sets out on a course of action that reveals how hidden obsessions and guilty secrets either find their way to the light of understanding, or poison any chance we have for love and spiritual peace.
About Linden MacIntyre
Praise

Praise for The Bishop's Man "The Bishop's Man [is] a sombre evocation of realization and regret in the person of Father MacAskill, the titular bishop's man, as he awakens to the scope of the tragedy and his possible role in it." --The Toronto Globe and Mail