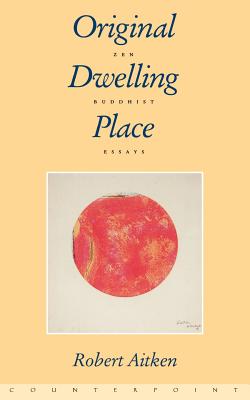 In this collection of twenty-three essays, Robert Aitken retraces the origins of American Zen Buddhism and provides readings of influential texts. Reflecting on death, on marriage, and on Zen practice, Aitken always points out the path to pleasure in the everyday dewdrop world. There is a fine art to presenting complex ideas with simplicity and insight in a manner that both shepherds and inspires. Robert Aitkens Original Dwelling Place: Zen Buddhist Essays succeeds in doing just this, offering twenty-three essays from Americas senior Zen roshi and author of the best-selling, groundbreaking primer Taking the Path of Zen. Just as Taking the Path of Zen is the definitive handbook for Zen practice, the essays gathered in Original Dwelling Place are essential for the light they shed on Aitken Roshis own journey and the effect he has had on American Zen Buddhism. Gathered here are essays about the Zen texts Aitken has studied with avidity and close attention throughout the years; texts that were early and lasting influences. In an opening section entitled Ancestors, Aitken pays homage to the masters who influenced his own development and Zen Buddhism generally. In other meditations, Robe