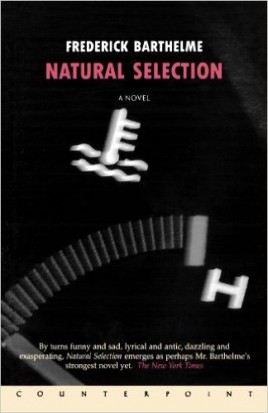 Peter Wexler is 40 and obsessed with what’s wrong in the world, including his marriage. Deciding that a change of scenery might help, Peter leaves his wife and their son in search of a resolution to the confusion, estrangement, fatigue, and adultery that have confounded his life.

FREDERICK BARTHELME was a founding member, with Mayo Thompson, of the ongoing art/psychedelic rock band Red Krayola, and a painter and conceptual artist in Houston and New York in the late 1960s. His work in that area appears in many of the seminal publications of the movement including Lucy Lippard's The Dematerialization of the Art Object, Donald Karshan's exhibition catalog Conceptual Art and Conceptual Aspects, several of Seth Siegelaub's projects, and other books and monographs on the movement.