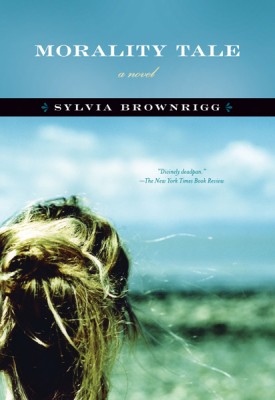 When this novel’s unnamed narrator meets the elusive but exciting Richard (an envelope salesman with a nice layman’s line in Zen philosophies), he offers her a friendly escape from her dreary domestic life. Burdened by her husband’s ongoing negotiations with his angry ex–wife, the strains of looking after two stepchildren, and the lingering ghost of her own past betrayals, she finds that the life of a “second marryer” leaves much to be desired. As their friendship develops, so grows the shadow cast over her marriage, and when they make a late, illicit bay crossing on a ferryboat, the story gathers momentum under California’s Mount Tamalpais. There, in the fabled Golden State, Sylvia Brownrigg shows how even a layman’s Zen can lead to some important revelations about the need to look forward, not back. Bristling with honesty and wit, Morality Tale explores the triangular complications that can befall a modern marriage and the tragicomic forces that surround them.

SYLVIA BROWNRIGG is the author of several acclaimed works of fiction: four novels--Morality Tale; The Delivery Room, winner of the Northern California Book Award; Pages for You, winner of a Lambda Award; and The Metaphysical Touch--and a collection of stories, Ten Women Who Shook the World. Brownrigg grew up in California and in England and lives with her family in Berkeley.