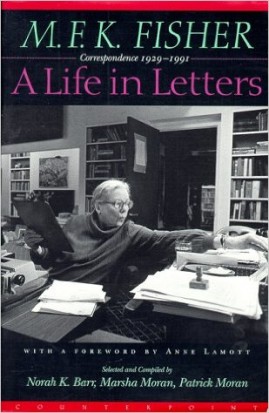 In these pages, M.F.K. Fisher’s letters are made public for the first time. Selected and compiled by her younger sister, her longtime secretary, and a close family friend, these personal pieces reveal some of Fisher’s most private moments over six decades, giving ample display to her sharp wit and affectionate humor, her ongoing reflections on loss and the power to change.

M.F.K. FISHER wrote twenty-six books, including A Cordiall Water, Among Friends, and How to Cook a Wolf, in a career that extended for sixty years until her death in 1992. She was elected to the American Academy and Institute of Arts and Letters and received lifetime achievement awards from the James Beard Foundation and The American Institute of Wine and Food. JOAN REARDON is the author of four previous books, including Oysters: A Culinary Celebration and M.F.K. Fisher, Julia Child, and Alice Waters, which was nominated for a Julia Child Award. She lives in Lake Forest, IL.