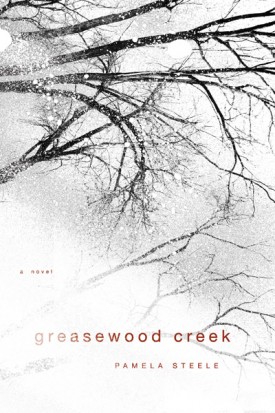 Avery is no stranger to the weight of loss, the way it shapes and defines the expanse of a life. The death of her sister, when Avery was just a child herself, engulfed her and her family—a mother driven mad, a father who disappeared, and all the while, neighbors and friends ignoring and surviving. The loss shades Avery’s full being, becoming a deep part of her past and her future.

As a young woman, Avery’s life in Eastern Oregon ranch country is filled with an acquired family: her partner Davis Lovell, a ranch hand and father figure; Lennie, Lovell’s daughter; and Davis’s grandparents. When Avery suffers the loss of her and Davis’s newborn child, it triggers and revives in her a familiar sense of guilt, one she has carried since childhood over the disintegration of her family.

Written with the precision of Cynthia Ozick and the blunt passion of Alice Munro, this riveting story takes place on a landscape—the deserts of Eastern Oregon—itself a deeply important character in this remarkable first novel.

Pamela Steele was born in West Virginia, and grew up between Oregon and Tennessee. She received her MFA in Poetry from Spalding University and her poetry collection Paper Bird was nominated for an Oregon Book Award in 2008. She currently teaches composition classes at Blue Mountain Community College in Hermiston, Oregon.

"Steele depicts the depression, grief, and guilt of living after a loss with expert clarity, making this a powerful and faithful story of finding the inner strength to move forward and be reborn." —Booklist

"The expressive language of poetry is unmistakable in Steele's lyrical debut novel . . . This is a spare but powerful novel from award–winning poet Steele. Intelligently written, the narrative offers insight into the depth of human loss and suffering." —Library Journal

"Steele offers an eloquent meditation on patterns of grief, loss, and silence between generations, with the quiet, grounded narration moving fluidly across time and slowly revealing these patterns. Most memorably, Steele reveals the unexpected details in a landscape that many might dismiss as barren." —Publishers Weekly