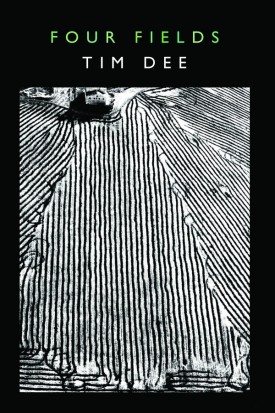 In this book, Tim Dee tells the story of four green fields spread around the world: their grasses, their hedges, their birds, their skies, and both their natural and human histories. These four fields—walkable, mappable, man–made, mowable, knowable, but also secretive, mysterious, wild, contested, and changing—play central roles in the sweeping panorama of world history and in the lives of individuals. In Dee’s telling, a field is never just a setting for great battles or natural disasters, though it is often this as well. A field is the oldest and simplest and truest measure of what a man needs in life, especially when looked at, contemplated, worked in, lived with, and written about.

Dee’s four fields, which he has known and studied for more than twenty years, are the fen field at the bottom of his private garden, a field in southern Zambia, a prairie in Little Bighorn, Montana, and a grass meadow in the Exclusion Zone at Chernobyl, Ukraine. Meditating on these four fields, Dee makes us look anew at where we live and how. He argues that we must attend to what we have made of the wild.

Tim Dee was born in Liverpool in 1961. He has worked as a BBC radio producer for more than twenty years and divides his life between Bristol and Cambridge. His first book, The Running Sky: A Birdwatching Life, was published by Jonathan Cape in 2009.

Praise
"Sprawling in its descriptions of nature and of the histories that inform each of the places he visits, Dee's work defies linearity.…Lyrical and thought–provoking…" — Kirkus

"Through metaphor, literature, and history, the author shares how humans have shaped the fields of the world and how nature has responded over time. VERDICT: A lyrical exploration of four very different fields that will appeal to readers interested in our influence on the natural world." —Library Journal

"…grand nature–writing tradition…Dee interlaces careful descriptions of his experience of being in these spaces with the human history that turned these lands to agricultural use and then permitted nature to reclaim them, winding lyrical stories of the interaction between person and place, history and physicality. Equally at ease with people, birds, and old guidebooks…" —Publishers Weekly

"Four Fields is an enthralling and unexpected book – or four short books – about what we have made of the natural world. The language itself is rich and loamy. There is evidence of much thought here, as well as a naturalist's profound observation. It is proof that really, there is no such thing as "nature writing" – Dee gives us the wide world and everything in it, including ourselves and all our works." —The Guardian

""Four Fields" is about far more than pieces of earth; it is a summary of humanity's aspirations." —The Economist