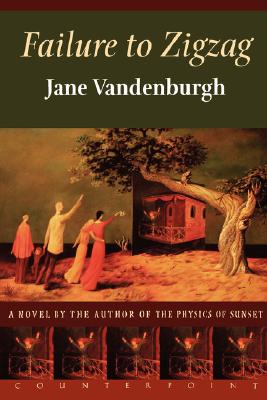 Finally back in print, Jane Vandenburgh’s brilliant debut-startlingly idiosyncratic, intelligent, funny, and painfully moving . It’s southern California in the early Sixties, and Charlotte is a teenager, which is bad enough. She also has strange grandparents, with whom she lives, a schizophrenic ventriloquist alcoholic mother who appears and disappears regularly from her life, and only vague information about the father who died before Charlotte was born.With so much craziness in the family, Charlotte figures, whether it’s nature or nurture, she’s doomed. In Failure to Zigzag, Jane Vandenburgh gracefully zigzags between hilarity and sorrow as she recounts Charlotte’s attempts to grow up and to practice sanity as a form of revenge.