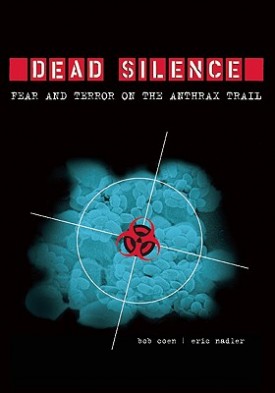 Fear and Terror on the Anthrax Trail

Dead Silence—the first in–depth look into the new biological arms race—tells the inside story of the U.S. anthrax attacks and their connection to the existence of a frightening global germ warfare underworld.

Dead Silence follows a journalist and a private eye as they pursue leads that take them across four continents, inside classified labs in the U.S., and to an off–limits Russian military compound. In South Africa they track down “Doctor Death,” the apartheid army scientist who—using the expertise of his U.S. and U.K. intelligence contacts—worked on an array of germ weapons, including one targeting black people, a weapon that may be for sale on the black market today.

Their investigation intensifies to include the mysterious deaths of some of the world’s leading germ war scientists in the wake of 9/11, including that of Bruce Ivins—the man the tabloids called “Doctor Doom” and the FBI controversially insists is the lone perpetrator of the anthrax attacks.

Bob Coen is a filmmaker and journalist whose award-winning films have been broadcast on CNN International, National Geographic, and PBS. He is the author of Dead Silence: Fear and Terror on the Anthrax Trail. He lives in New York.