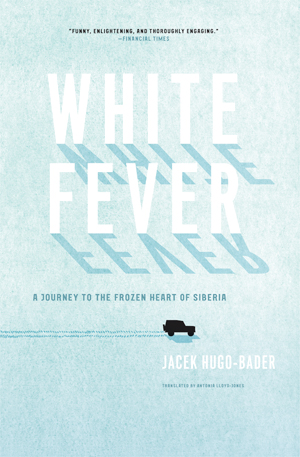 A Journey to the Frozen Heart of Siberia

No one in their right mind travels across Siberia in the middle of winter in a modified Russian jeep, with only a CD player (which breaks on the first day) for company. But Jacek Hugo–Bader is no ordinary traveler.

As a fiftieth birthday present to himself, Jacek Hugo–Bader sets out to drive from Moscow to Vladivostok, traversing a continent that is two and a half times bigger than America, awash with bandits, and not always fully equipped with roads.

But if his mission sounds deranged it is in keeping with the land he is visiting. For Siberia is slowly dying — or, more accurately, killing itself. This is a traumatized post–Communist landscape peopled by the homeless and the hopeless: alcoholism is endemic, as are suicides, murders, and deaths from AIDS. As he gets to know these communities and speaks to the people, Hugo–Bader discovers a great deal of tragedy, but also dark humor to be shared amongst the reindeer shepherds, the former hippies, the modern–day rappers, the homeless and the sick, the shamans, and the followers of ‘one of the six Russian Christs,’ just one of the many arcane religions that flourish in this isolated, impossible region.

Born in 1957, Jacek Hugo–Bader is a Polish journalist for the leading daily paper, Gazeta Wyborcza. He is a former special–needs teacher, loader of trucks, weigher of pigs, and counselor of troubled couples. He lives in Warsaw.

Born in 1957, Jacek Hugo–Bader is a Polish journalist for the leading daily paper, Gazeta Wyborcza. He is a former special–needs teacher, loader of trucks, weigher of pigs, and counselor of troubled couples. He lives in Warsaw.

"Hugo–Bader is often clever. . .[and] this book is really a vehicle to introduce readers to a kaleidoscope of eccentric and colorful Russian characters."—Library Journal

"With an open ear and a wry eye, Hugo–Bader delivers a dismaying but vivid chronicle of post–Communist Siberia."—Booklist
Don't miss news & events from Counterpoint Press.
Subscribe to the newsletter today.