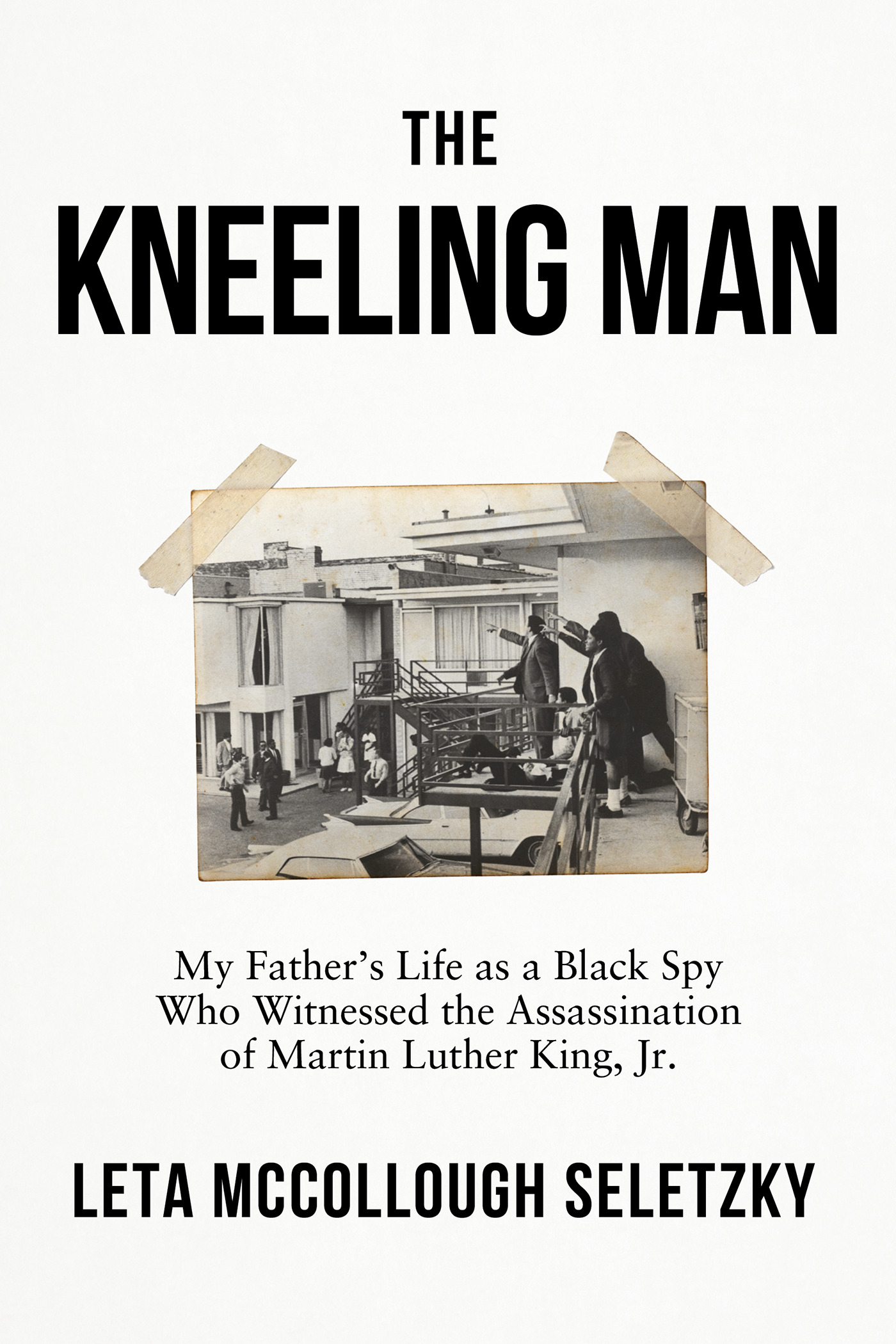 "Seletzky debuts with an intriguing study of her father, Marrell 'Mac' McCollough, a police officer and CIA agent who was seen kneeling over Martin Luther King’s body in a famous photograph taken just after the civil rights leader was shot on the balcony of the Lorraine Motel in Memphis in 1968 . . . The result is a nuanced and insightful look at the complex spaces African Americans have navigated in the pursuit of racial justice." —Publishers Weekly

"An important and moving book that everyone should read. Leta is a talent." ––Molly Jong-Fast, author of The Social Climber's Handbook

“Get comfortable, because once you start reading you will not be able to put this book down. The Kneeling Man is a spellbinding account of a daughter piecing together her father’s mysterious role witnessing the assassination of Martin Luther King Jr. With gorgeous prose and emotional honesty, Leta McCollough Seletzky brings us on her journey to uncover deeply hidden family secrets and better understand our own.” —Jennifer Taub, author of Big Dirty Money and Other People’s Houses

"Millions of people recognize the photo, but until now hardly anyone has known the incredibly fascinating life story of the man at the center of it: undercover cop and future CIA agent Marrell McCollough. His daughter Leta captures the complexity and humanity of her father's life in this deeply engrossing narrative, which is both an important work of history and an unforgettable family story." ––David J. Garrow, Pulitzer Prize-winning author of Bearing the Cross and The F.B.I. and Martin Luther King, Jr.

"In The Kneeling Man, Leta McCollough Seletzky mixes reportage with personal reflection, helping readers understand a famous photograph of the assassination of Martin Luther King by deftly exploring what exists outside the frame of the image. Through her deep dive into her father’s connection to that photograph—and by engaging with the harsh realities of the Southern past and civil rights era—Seletzky links her present with her father’s past by seeking to learn the truth about both, no matter how untidy or unpleasant that might be. This is a brave book." —W. Ralph Eubanks, author of A Place Like Mississippi and Ever Is a Long Time

"A searing portrait of a man divided between his country and his identity. At once historical and timely, Seletzky gifts us a captivating, charged and wholly nuanced narrative that grips you from the first page and does not let go." —Margaret Wilkerson Sexton, author of A Kind of Freedom and On the Rooftop

"The Kneeling Man, the captivating true story of Leta McCollough Seletzky's father, a Memphis police officer who witnessed the assassination of Dr. Martin Luther King, is a spy thriller and an intimate family portrait set deep in the Jim Crow south and an extraordinary inquiry of the civil rights movement in Memphis. Seletzky's power is telling those details that bring the past into resonance, causing us to think and to feel in equal measure. Painstakingly researched and absolutely riveting, The Kneeling Man is one of those rare books that feel electric before you read the first page and long after you set it down. We'll be talking about this book for a long time." ––Lauren Hough, author of Leaving Isn't the Hardest Thing

“The Kneeling Man is the heretofore unknown story of a chapter of American history. It tells the life story of the author’s father, Marrell 'Mac' McCollough, a witness to the assassination of Dr. Martin Luther King, Jr. In the iconic photo of Dr. King lying on the balcony of the Lorraine Motel in a pool of his blood, the man kneeling beside him is Marrell McCollough. The backstory to this historical image is that Mr. McCollough was an undercover Memphis police officer working on a local Black militant group known as the Invaders. Mr. McCollough is one of those unsung American heroes who history either ignores or has inadvertently forgotten. The telling of his unique story; from Mississippi childhood to the U.S. Army to the Memphis Police Department to the CIA, Mr. McCollough has lived the quintessential American life—NOT as a Black man but as an American—is inspiring and revelatory. He is a TRUE American hero! I wholeheartedly recommend Ms.Seletzky’s wonderful, thought provoking memoir of her father.” ––Ron Stallworth, author of Black Klansman
Don't miss news & events from Counterpoint Press.
Subscribe to the newsletter today.